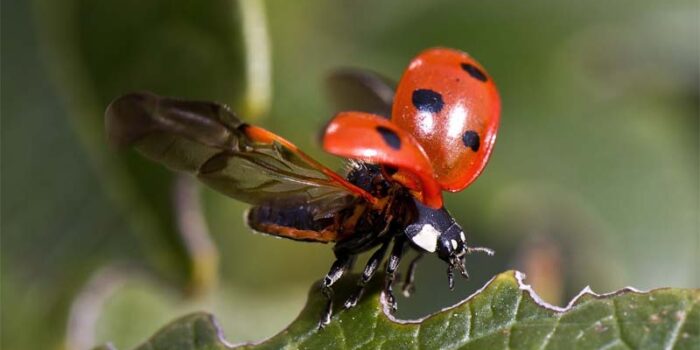 Insects are highly beneficial creatures. Not all but, some insects provide many benefits to humans like they pollinate plants, provide nutritions, and useful in many cures.

Insects are beneficial because they are responsible for the pollination of around 80% of the plantation. Plants participate in significant amounts of liveliness in the creation of striking blooms full of nectar. These attract the insects that act as the chief agents of pollination for most of them. The bonding between plants and insects is very multifaceted. Orchids, for instance, have co-evolved with insects over lots of years and can only be fertilized through a specific species of insect. After the inspection of an orchid species found in Madagascar, Charles Darwin predicted that a moth would be discovered in the zone with a proboscis that is 11 inches long.

Bees are significant pollinators in the ecosystem. Insects like bees generally collect pollen in “baskets” which has formed by hairs on their abdomens or legs. You know without bees, most of the plants can’t produce most of the food we consume. Most of the plants also would not be able to reproduce without insects. Like watermelons which we find in Florida perhaps wouldn’t available without bees’ pollination.

Ants play a crucial role in providing benefits to humans because these insects disperse the seeds of fruits. Around there are more than 150 species of florae which are dependent upon the insects. Ants consume and collect the fruits and seeds for further production. Seeds that are not consumed and germinated along the paths of ants are dispersed through the wind.

Insects give nutrition to other creatures like birds and humans. Insects become a feed of some birds like woodpeckers, tits, cuckoos, and sparrows. They also get the feed from other creatures such as wild insects eat vertebrates like lizards, frogs, mice, salamanders, and bats. Humans get benefits from them around 3000 ethnic groups are consuming nutrition through insects. Insect consumption is also gradually becoming common in diverse parts of the world. Like in Borneo, rice has served with a topping of bugs mixed with chilies and salt and cooked in bamboo stalks.

In Mexico, grasshoppers serve with spices. In some African countries, caterpillars are eating because it is a great source of iron, zinc, potassium, and calcium. Additionally in Tokyo, insects of numerous types are also serving. Insects need less energy for metabolism compared to cattle and poultry. They have protein which is 300 times more efficient than livestock.

07. To help manage your weight

Another one of the benefits of insects for humans that they help to manage weight. Some studies are still conflicting over this one, due to high-protein contrasted with low-protein diets in continuing an ideal weight. There are plenty of indications on how the protein in insects can assist in making you full and prevent you from overeating. Additionally, it also helps you in maintaining the perfect weight.

Insects have benefits for humans that they also consume in medicines. But unfortunately, in modern medicines, it has limited usage. It is just because of the lack of research in a specific area. Few insects like honey bee spite used to treat irritation of rheumatoid arthritis. Maggot therapy is also testing they are used to cure nonhealing diabetic wounds. Spider silk has produced by spiders to build their web. It has protein fiber which is natural and has the least allergic immune responses. Scorpions use in chronic pain relief and the treatment of muscular dystrophy.

Silk is a natural protein fiber which got from the silkworm. It is glossy, plane, and soft fiber, which has been used in the manufacturing of beautiful clothes. This silk which, is produced by insects provides benefits to humans because in summers, it absorbs sweating, and in winters, it provides warmness. Furthermore, it also provides defense from blood-sucking pests like mosquitoes as they cannot pierce the silk cloth.

Lac is formed from lac insects and has a resin secretion. It is also used for sealing envelopes from wax. It is also used in skin cosmetics, wood finishing, and dying as well. Seldom toys and other valued products are shaped from it.

Insect combinations in numerous portions of the world are a pleasure to watch. It also often attracts tourists who bring revenue to local societies. For instance, in Mexico, accumulations of ruler butterflies appeal to tourists from all around the world eager to watch the phenomenon.

02. Insects as Solutions to Global Challenges

As we have mentioned before, protein is required to make hormones. It is critical for cognitive functions. When you were just a kid, your mother might have told you to eat healthily. Particularly, breakfast for you to think better for the rest of the day, learn, and to remember data. Now, consuming insects can also assist you to increase your brain function as it can give a firm supply of amino acids for maintaining focus, attention, and keep up your energy level steady.