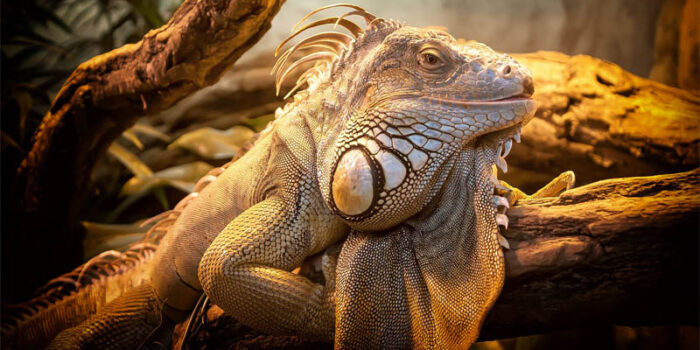 Lizards are reptiles that live almost everywhere. Perhaps, any place is left where you don’t find except Antarctica. Interestingly they have walked on the planet for some 200 million years. There are around 5,000 lizard species in the world like iguanas, chameleons, geckos, Gila monsters, monitors, and skinks. These creatures live across all continents except Antarctica. Mostly they live in all environments except extreme cold and deep oceans. Generally, they have a tiny head, short neck, and long body, and a tail. There are many interesting facts about lizards which, will increase your knowledge about your home partner.

Lizards can be found in almost any color and, several even change colors to match their environment almost instantly. They have a remarkable variety of observable adaptations, such as frills, horns, and even wings. Many lizards have bright-colored bright spots, or colored tongue too, but these variations are often hidden to lessen recognition by predators.

Diet is dependent upon the specific class of any lizard. Usually, some lizards are entirely carnivorous. They eat the meat of other creatures. Like the Komodo dragon, for example, hunts medium-sized creatures, and eats flesh. Approximately just two percent of lizards are vegetarian. These are iguanas and some skinks which are vegetarian. Interesting facts that the marine iguana lizards’ dives to substantial depths to eat algae off rocks on the sea bed. Other species of lizards modify their diet according to the convenience of foods. Some lizards are predators they just consume mammals, birds, and other reptiles. But most lizards are pest eaters, clutching crickets, hovers, and grasshoppers with extensive, sticky tongues or quick bites.

One of the main interesting features and facts of lizards is that they are reptiles and cold-blooded creatures. Which rely upon the external weather conditions to power their internal physiology. Lizards and other alike retiles literally “fuel up” by basking in the sun during the day and are specifically inactive at night when there’s no accessible energy source. The advantage of ectothermic metabolisms is that reptiles don’t need much food as compared to birds and mammals. That’s why they don’t have a high level of activity, especially when it’s dark.

08: Lizards can move their eyelids

07: They need sunshine for survival

As you know, lizards are cold-blooded creatures their body temperature is vulnerable to alter quickly depending upon the environment and surrounding temperature. Interesting facts about lizards that without sunshine, they can’t survive for a long time. That’s why there is no lizard in Antarctica because it is the coldest destination in the world. Lizards like to live in deserts in southern or Asian countries. Plus, they can’t endure the scorching sun when it reaches its peak. So even in the deserts or hot states, they find shade during the hottest parts of the day.

06: Lizards smell stuff with their tongues

Just like snakes, lizards stick out its tongue to catch scent particles in the air and then pulls back its tongue and places those particles on the top of its mouth, where there are superior sensory cells. One of the interesting facts about lizards, they use these scents as clues to find food, mate, or to spot opponents.

Fascinatingly, the bright colors are mostly spotted on the tail of lizards. That’s why predators hit the tail first. Due to this act of predators, lizards get a chance to escape. Even by detaching the tail of a lizard, it can survive easily. Because interesting facts about lizards that its tail will regenerate in weeks. Plus, they also can store up to 60% of their body fat in their tail.

Humans hunt lizards for the sake of their meat, skin, and eggs. Most lizards are harmless to humans, but due to unfavorable creatures, they don’t like its presence in homes. But one of the dangerous types of huge lizard – the Komodo dragon, which can reach a weight of up to 200 lbs has been known to stalk, attack, and kill humans.

Lizards protect themselves in a variety of ways. Many species are tremendously good climbers; for example, some geckos can climb up perpendicular surfaces as smooth as glass easily. Some species expand themselves with air if they are attacked, other species are very fast runners that run to seek shelter rapidly. Some simply stay immovable but quickly change their colors to match the background, such as chameleons.

Many lizards lay eggs like frilled lizards lay eight to 23 eggs, according to National Geographic, while some skinks have live young. The gestation period of a lizard’s egg can last up to 12 months. Most baby lizards are independent of birth and, they can walk, run, and feed on their own. The young once reach the maturity level in 18 months to 7 years, depending on the species also. Interesting facts that some lizards can live up to 50 years.1:

Most lizards don’t have earflaps like many creatures. Instead, they have apparent ear openings to identify the sound, and their eardrums are just under the surface of their skin. Even lizards can’t hear like other creatures, but their hearing is better than snakes.