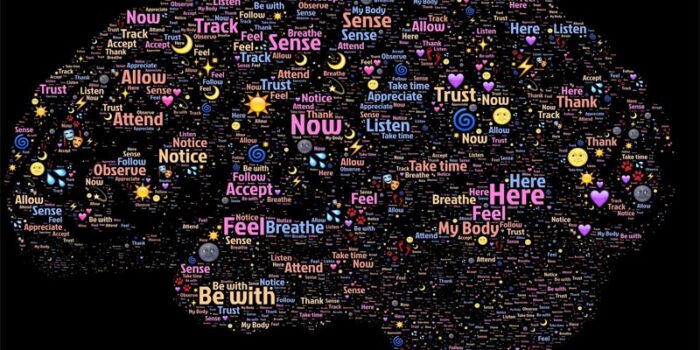 Our brain is so vast and, learning about the interesting facts of the human brain is no simple task, anyhow I try to tell some amazing facts about it. The human brain is covered and protected inside a hard-bony shell, which has an almost 1.5-kilogram chunk of billions of neurons, plus has some magical powers that are yet to be explored. Like intellectual, imagination, and creativity are some complex mental procedures that have attracted the attention of neuroscientists from all around the globe.

The brain is a vital element of our central nervous system and the most intricate part of our body. It sends and receives a massive amount of information. It is a very complicated part that’s why many doctors and scientists yet didn’t completely understand it. I am sure there are some amazing facts which you didn’t know about your brain. Our brain is so powerful yet you perhaps do not fully understand it. It is assessed that information inside the brain travels very faster than 260 miles per hour. At the same time, you know each brain can generate roughly 12-25 watts of electricity, Amazing! Through this power, you can light up a low-watt LED bulb.

The cerebrum is the main and largest part of our brain. It has divided into two halves, which are called hemispheres. These two hemispheres have been separated by a channel called the interhemispheric fissure. It may surprise you that you can survive on one half of your brain. Yes! This one is interesting facts about the human brain which is, true and weird also. Removing half of the brain does not affect anyone’s personality or even memory. In past, there are many documented cases of Hemispherectomy, in which half of the human brain was removed or due to some reasons, it disabled.

The storage capacity of your brain is amazing plus unlimited by many neuroscientists. A lot of information has been stored through the combination of different neurons but, most of the processes are still mysterious for us. A study about the Nature Neuroscience showed that instead of just crowding in, old data is sometimes pushed out of the human’s brain for forming new memories.

One of the interesting facts about the human brain is that it consumes a lot of energy that is which is generating in the human body. Interestingly, the human brain consumes 20% of that energy even though, it only represents 2% of the entire body weight. This energy is vital for keeping healthy brain cells and running nerve impulses.

07: Exercising is best for your brain and memory

Everyone agrees that exercise is good for healthy bodies plus our brains also. Exercise protects our brains and our memory in a very interesting way once you exercise and, your heart pressures rise, and then your brain starts feeling that this is a moment of tension like; you might be struggling with an enemy. So, protect your body from this stress, your brain produces a protein called BDNF which, means Brain-Derived Neurotrophic Factor. This protein is responsible to restore and defend memory. That’s why you can solve problems easily after exercising.

No doubt, napping is an essential part of human life. The research was also done at the University of California; a group of members participated in it. They were asked to work on a challenging task that will require them to take much information in at about midday. At 2 pm some of the members fell asleep while others stayed awake. The interesting facts behind this research were that the group who took a nap performed its work better than the other group who didn’t nap. Furthermore, after napping their performance was better than before.

05: Our Brains Can’t do multitasking

Many of us believed that we can do multitasking but, it sometimes turned out to be impossible. In multitasking, we have to switch back and forth between the tasks that we are doing which, takes a high level of brainpower to do the switching. As a result, we make more mistakes and take double time to achieve any task. So, interesting facts that the human brain can’t do multitasks, if you want to achieve good results so, should do one work at a time.

04: Stress affects Our Memory and body

It sounds scary continuous stress does not affect your mind plus, it affects your body too. After taking continuous stress, there is a part in our brain which is called Hippocampus became shrink. This part plays an important role in creating memories.

03: Our brains Function Better on Creative Work When Tired

It looks amusing but it is one of the interesting facts about the human brain that when you are tired, after a hectic day your brain also became tired. It also not remains efficient in doing any task properly. Interesting this time is best for filter information which, makes thinking about new things and nonrealistic things easier to do.

It is a big debate about the intelligence between men and women. Whereas there is no difference at all, it is a systematic fact that men have bigger brains than women. Interesting facts about human brains that on average, a man’s brain will be just 10 percent bigger than a woman.
Though, it is not factual regarding all parts of the brain. Females sometimes have a bigger hippocampus, which is responsible for normal retention functions. So, men might have bigger brains, but women have a better memory.

Interesting facts that the human brain also became freeze when we drink or eat something cold. It hits the roof of your mouth is what activates your brain. Scientists also believe that it is due to sudden diminution in temperature which causes the narrowing of blood vessels. But there is no proper evidence which tells what happens but, many scientists believe that it is our body’s ways that indicate us to slow down things.