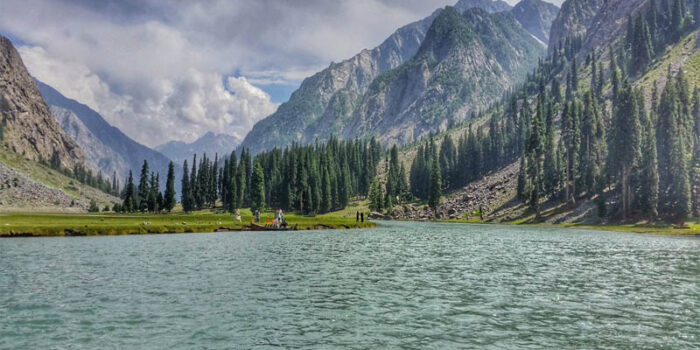 Pakistan’s natural beauty is matchless. It has many beautiful and attractive places to visit, particularly its northern areas and Kashmir site. This part of Pakistan is famous all around the world due to its sky-high mountains, lush green valleys, enormous rivers, attractive lakes, and astonishing wildlife. There are also many camping spots, where tourists enjoy hiking and camping. But the natural beauty of Pakistan is unrivaled, you will not find such beautiful and attractive places in all over the world.

Babusar Pass is a highland in the north of Pakistan and the highest point in the Kaghan Valley, which is connecting through the Thak Nala with Chilas on the Karakoram Highway. The best time of visiting this valley is the summer season. You can reach here via the towns of Balakot, Abbottabad, and Mansehra. The mountain ranges which enter Mansehra district from Kashmir are the branches of the great Himalayan range. The mountain system is the highest point in Kanghan valley and the Babusar top. During the summer season from the mid of July up to the end of September the road outside Naran is open right up to Babusar Pass. It is one of the beautiful and attractive places in Pakistan, tourists from all over the world came here.

Hingol National Park is one of the most magnificent and largest national parks in Pakistan. It stretched up to 1,650 km² in the area and established in 1988. This park lies on the Makran coast about 190 km from Karachi. It has an assortment of geographical landscapes and habitats, varying from the arid subtropical forest in the north to dry montane in the west. Enormous areas of the park have covered with drift sand and classified as coastal semi-desert. Plus, the significant feature of the park is the highest placed mud volcano in the world. Also, the park has an exceptional habitat to wild Sindh Ibex, Afghan Urial and Chinkara Gazelle and a huge variety of bird species.

Toli Pir is a summit area which located in Rawalakot, Poonch District of Azad Kashmir. Its estimated altitude is around 8800 ft above from sea level. It considers as the highest hilly site in the northeastern area of Rawalakot, also the point of origin of three different mountain ridges. The best time to visit this place is during summer because the weather is generally pleasant but becomes colder and harsh from October through March. The area’s natural beauty is at its peak from April to August and it includes beautiful and attractive places of Pakistan.

Kalam spot is listed as the ten beautiful and attractive tourist places in Pakistan. It is famous due to its splendid waterfalls, lakes, and lush green hills. This stunning scenic destination besides the Swat River in Swat Valley, at a 270 km drive from Islamabad. This stunning village has thick pine forests, crystal clear lakes, alpine pastures, snow roofed mountains, and cold streams all in one place. On the way to Kalam, you can see spectacular views of the snow-capped peaks of Flaksair from Matiltan and the height of Mankial from the village of Kualai.

Neelam Valley is a bow-shaped valley in Azad Kashmir. The Valley is on the Northside of Muzaffarabad. It is running through the lesser Himalayas, the Neelam River valley has excellent scenic beauty, panoramic views, soaring hills on both sides of the noisy Neelum river, lush greenly woodlands, charming streams, and attractive and beautiful places make the valley a dream come true. It is one of the tourist destinations due to its beauty. Additionally, besides the Nelum valley, you can visit the beautiful lake Ratti Gali, Paulina Lake and Baboon Top.

Badshahi mosque is another one of the beautiful and attractive places to visit in Pakistan. It is in Lahore, in the metropolitan city of Punjab. This mosque built in the era of Mughal under Emperor Aurangzeb. It is a huge mosque which has a capacity of 56,000 people at a single time. The construction style is related to the ancient Mughal era, is of utmost strength and beauty. It attracts tourists from all around the world and country too.

Lahore Fort, or Shahi Qila, is a fortress in Lahore and one of the beautiful and attractive places in Pakistan. It is no doubt the magnetism of Lahore. Its construction dates back to as far as the eleventh century. However, it has been reconstructed many times after that. Emperor Akbar added architectural and creative motifs on the fort that are illustrating both Muslims’ and Hindus’ designs. After then, another emperor Shah Jahan used expensive marbles in the fortification while Emperor Aurangzeb built the famous Alamgiri Gate. If you get a chance to visit Lahore, then this place should be in your list of beautiful and attractive places to visit in Pakistan.

Minar-e-Pakistan is situated near to Badshahi mosque is the famous minaret. If you are in Lahore, then you should visit this tremendous historical Minar. This tower built at the exact point where the first-ever idea of separate nations for Muslims and Hindus was delivered. The Lahore Resolution was passed at this point by the All India Muslim League in 1940. Hence, it is one of the attractive and beautiful places of Pakistan.

Ansoo is an Urdu word that means tear, and the lake in Pakistan is literally in the same shape of a teardrop or a water drop. So, that’s why it was named Ansoo lake. It is in the Kaghan Valley which, is tremendous. It is dangerous to go there which, also explains why the lake was undiscovered even by local people before 1993 when it discovered by Pakistan Air Force pilots who were flying low in the area.

It is another architectural masterwork from the time of the Mughal era. Emperor Shah Jahan built it. Its name sheesh mahal means ‘palace of mirrors’. It has made with several mirrors of premium quality, and the high-quality marble also used here. The special part of the palace reserved for the use of the royal family people in the past.