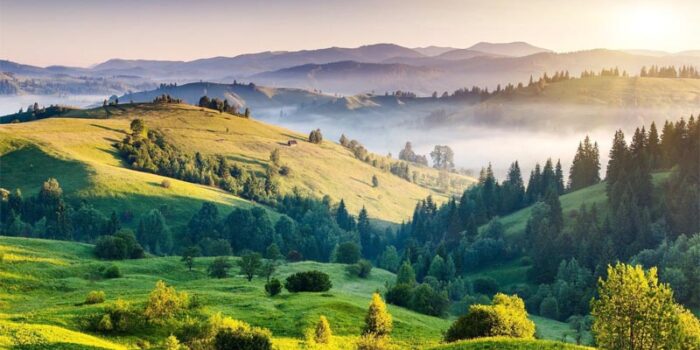 In this article, we will learn about the top 10 most interesting facts about India. Great Mark Twain told about India that it is the cradle of the human race, the origin of human speech, the mother of history, the grandmother of legend, and the great grandmother of customs. India exists in the southern part of the largest continent of Asia. The neighboring states of India are Pakistan, Bangladesh, Nepal, Bhutan, China, and Myanmar.

The whole state’s area is around 3,287,469 square km. It is a huge state that is approximately 2.2 times bigger than Alaska, USA. The total distance between northern India to southern India region is parallel to the distance between Canada and Mexico. India’s population is about 1,371,472,636, as in 2019 by UN analysts. This is considered as 17.71% of the world’s population and is 2nd ranked in terms of population in the world. There are many interesting facts about India that make it different from the world.

India is a distinctive state with a wide variety of diverse language speakers. If two strange Indians met accidentally on the street, there is only a 36% chance that they can understand each other’s language. Because, India exclusive has twenty-two standard languages which are Assamese, Bengali, Gujarati, Hindi, Kannada, Kashmiri, Punjabi, Sanskrit, Santali, Sindhi, Tamil, Telugu, Urdu, etc. It is the world’s second-largest English-speaking state. India has a different and “complex” culture of religious convictions, beliefs, family structure, wedding rituals, cuisines, and clothing. Namaste is a trendy greeting in India that means “I bow to you”.

India has a vast variety of postal offices in the world that are almost 1, 55,015 in number. A particular post office serves a population of around 7,175 people. One of the interesting facts about India is that it has a floating post office in Dal Lake, Srinagar. It was inaugurated in August 2011. Which has balanced on a houseboat, it also has a philately museum within itself.

09: Mawsynram is the wettest place on earth

India’s part Mawsynram is famous for being the wettest place on the earth. It is one of the unique and interesting facts about India. It is also holding the Guinness book of record for highest average annual rainfall, this town gets around 11,873 mm of rain owing to its propinquity to the Bay of Bengal. The winter months of this area are spent in preparation for the 6-month-long monsoon ahead.

08: The highest Cricket ground in the world

India loves cricket too much and they are very passionate about it. Another interesting facts about India has the highest cricket ground in the world. It is also recorded in the Guinness Book. It has placed at a height of 2,144 meters above sea level in Chail, Himachal Pradesh.

07: Diamonds were first mined in India

India was the foundation of almost all the world’s famous diamonds, and until the discovery of diamonds in Brazil, India was the only place where diamonds were first mined. It has not been a major diamond-producing state since the 1700s, but the diamond was mining persists. India mined 37,515 carats of diamonds in 2013.

06: Snakes and Ladders originated in India

Snake and ladder is a very popular game all around the world. You know which state originated this popular game. The interesting facts that it also originated in India, Earlier this game invented as a moral lesson about karma for teaching children. Later, it commercialized and has converted into one of the most popular board games in the world.

05:  Mumbai is a city of seven islands

Here’s one of the amazing and interesting facts about India we’re sure you didn’t know about that Mumbai as you see it nowadays, only came into existence in 1784. It was coalesced into a solitary mass by the engineer Hornby Vellard. But before that, it was an archipelago of seven islands that are including Parel, Mazagaon, Mahim, Colaba, Worli, Old Woman’s Island, and Bombay Island.

In India, cows are sacred creatures and Indian Hindus worshiped as a maternal figure bounty of mother earth, and feeding cows or contributing to cow shelters are religious acts. They admit that cows are a source of life-sustaining milk and slaughtering or eating cows a sin. They do this as gratitude to them. The interesting fact that, in India, they consider us human beings. So, in 2017, interestingly the 12-digit identification numbers were given to 41 million buffaloes and 47 million cows to identify them as members of the state. This assists owners of cows and buffaloes to track their activities and information more efficiently.

03: Taj Mahal is changing its color

Taj Mahal is a symbol of love; it has made with ivory-white marble on the southern bank of the river Yamuna in the Indian city of Agra. Shah Jahan commissioned it for his beloved wife Mumtaz. It is no doubt a masterpiece of the Mughal Empire but now due to high levels of pollution in the city. Now, this mahal which was made with beautiful ivory white marbles is changing its color to pale.

02: Police officers got high to pay for having a mustache

01: Shampooing is an Indian concept

Shampoo was invented in India, you know initially, they applied the massaging method on hair. Interesting facts about India are that The word ‘shampoo’ is also derived from the Sanskrit language of India chamu, which means to massage. They didn’t use the commercial liquids but they applied the method of using herbs.