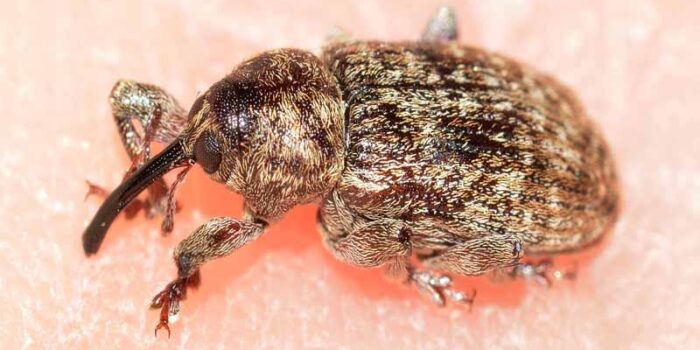 Insects are present all over the world and that’s why they are considered to be the most diverse group of animals in the world. They are present in a huge so it’s very hard to know about every single species of insect on Earth. Many people love insects but many can’t even stand in front of them. Insects are everywhere and it is the fact that they are present on Earth long before humans. Check out this informative list of weirdest insects in the world. 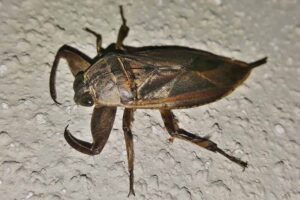 Giant water bugs are among the largest and weirdest insects in the world. They are mostly present in ponds and streams. There is size is up to 4 inches and also famous for their large and powerful pincers. The bite of the Giant Water Bug is extremely painful. With the help of these pincers, they bite there enemy or anything which come closer to them.

Water bug is one of the weirdest insects on earth who attack their prey in a very surprising way. They first catch their prey then quickly inject a strong injective enzyme into the prey with the help of pincers. Pincers 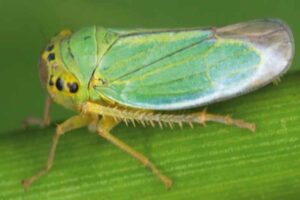 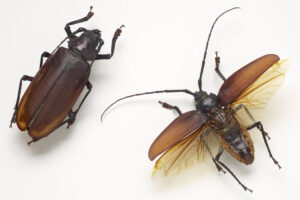 Titan Beetle can grow up to 6.6 inches in length and is the largest beetle present in the world. Titan Beetle mostly lives in tropical rainforests of South America. They are large in size and consist of a flat body, sharp and powerful mandibles. These mandibles are very strong and by using them they can even snap a pencil into two pieces.

Through their appearance, they might look dangerous but in nature, they are not aggressive. But if they found threat then they will bite quickly. 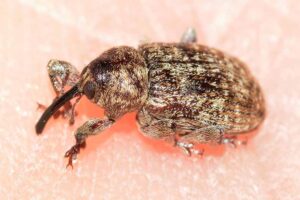 Filbert weevil is the most unique and weirdest insects in the world. This beautiful insect is extremely famous for its long snout that gives it a unique look. Its whole appearance is quite attractive but they actually feed on acorn of oak trees and that’s why they are harmful. 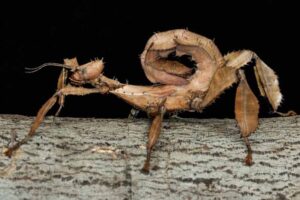 It has a large curved unique body and is native to Australia. They are about 3 to 8 inches in length. The length of females is usually larger than males. They are always found on trees especially on eucalyptus. Australian Walking Stick is basically a tree-dwelling insect.  Eucalyptus leaves are the main food of large insect.  Due to the claws on their feet, they walk smoothly on trees. These claws also ensure better grip while climbing on trees. Walking Stick comes at number 6 in the list weirdest insects in the world. 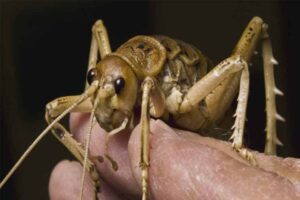 Giant Weta has weight up to 35 grams and grows up to 4 inches. They are one of the largest insects found on this planet. Giant Weta lives in New Zealand. From appearance, It might look that Giant Weta can fly. But the reality is completely opposite they can’t fly because of their massive body and huge weight. They are highly famous for their long legs and antennas.

The most interesting thing about them is that they don’t have lungs but still they breathe. They actually breathe through holes in their exoskeleton. 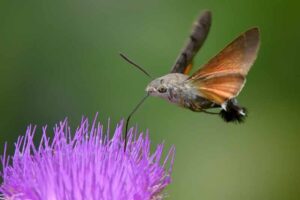 They resemble Hummingbird but in reality, they are Moth. The most wonderful and unique insect you have ever seen.  This beautiful insect mostly lives in the warmer regions of Southern Europe and Northern Africa. Just like Hummingbird, you will always see them over the flowers.  Their wings, flight, tongue, and sound everything resemble Hummingbird. You can say that they are the perfect copy of Hummingbirds. They have a wingspan of 1.6 to 1.8 inches in length. Their appearance is quite loud they contain forewings and brown orange hindwings. They are available in both day time and dusk. 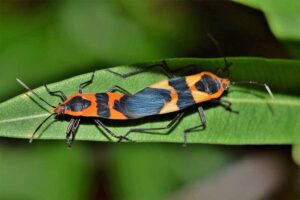 Assassin Bug is available all over the world because it is basically a predatory insect. More than 7000 species of Assassin Bugs are living in this world. Each of its species has different size and color but the elongated body and long legs are common in most species.  The most interesting and shocking fact about them is that they can even catch the prey which is larger than them. That is the reason they are called as most efficient predators.

They actually use their long rostrum as a tool to catch the prey. After catching they quickly inject the powerful saliva into the body of prey. Their bite is extremely painful. 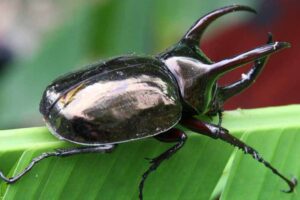 Hercules Beetles lives in rainforests of Central America. They consist of different unique characteristics but the most prominent and striking is longhorn found in the male beetle. With this long incredible horn, the total length of Hercules Beetles is 18 cm. That is the reason they are known as the longest beetles in the world.

This size of the horn is not the same in male beetles. Females don’t have this incredible longhorn. They are very famous in term of lifting weights. They are capable of carrying huge weight with them. 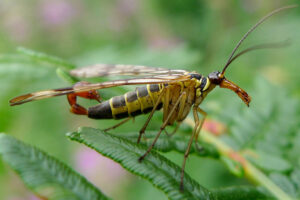 This name is given to it because of its significant similarity to a scorpion. They are very famous for their unique elongated body, long beak and long antennae. Same like Scorpion the tail of male Scorpionfly is curled upward. But the unique thing about them is that they don’t sting with their tail. Their yellow body, large eyes, and the redhead is quite inspiring that is the reason they are at top of this list. Due to the unusual look Scorpionfly is the weirdest insect living in the world.

10 Largest Birds You Should Not Miss