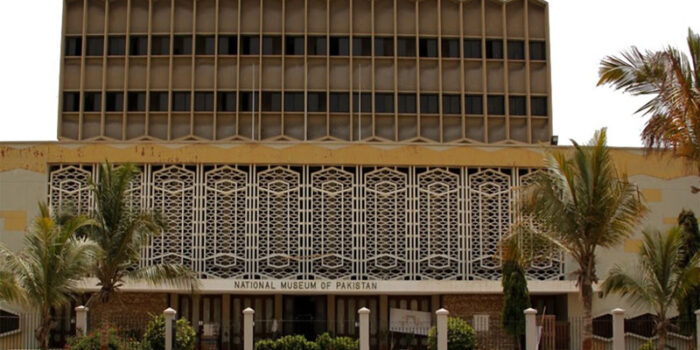 A museum is a place that is established where a compilation of artifact things, found like scientific, cultural, historical and artistic. The conservation of cultural and historical items has importance for thousands of years back. Precisely, the oldest famous museums created almost 2500 years ago. The Princess of Babylon first started museum but also demonstrating for the local public. So, they could know about it. Here you can learn the top 10 oldest museums in the world that still exist.

The Vatican museums were the oldest museums in the world that discovered in the early 16th century. These museums created when Pope Julius II contributed his large amount to museums’ monuments. Museums have almost currently 640 employees who work in 40 numerous organizational, academic and restoration departments. Now, these museums contain a huge assortment of art from the current period to the Middle Ages. It has the most importance in Roman Catholic belief.

Indian museum in Kolkata is known as the oldest museums in the world. It has extraordinary antique amours, jewels, skeletons, mummies and Mughal art. It originated by the “Asiatic Society of Bengal” in 1814. Nathaniel Wallich was its founder. This museum contains six segments with having 35 galleries of cultural and technical artifacts. Predominantly, it has artistic and archeological sections that have extraordinary intercontinental significance.

8: Museum Of Fine Art And Archaeology

The Museum of Fine arts and archeology is in France. It started in 1694, well-known as the oldest museums in the world. The popular painter Jean Baptiste contributed his huge collection work in the 16th century. Now it is the hub of the oldest collection of art as well as sketching material. Museum had been located since 1843 to the center of town. Louis Miquel reconstructs from 1967-1970.its internal court has enclosed with a concrete structure.

Royal Armouries –Tower of London is one of the largest and oldest museums in the world. It opened for the community in 1660. Fascinatingly for the center of attraction for those who like to view Crown ornaments. After that this museum had been dividing into three categories; one for the Victorian fort, second for the Leeds and last but not least for West Yorkshire. Hence it is a hub of the largest and ancient collection of armories in the world.

Once the Belvedere palace Vienne was home to the Hansburg Royal family. After that in 1781, it became a museum and opened for the local public. It knows as the hub of a large amount of Gustav Klint’s collection. Its building is known as the most beautiful around the world and its architectural beauty is restored in its doors. It has mostly Austrian artwork that is related to the middle ages. It placed as oldest museums in the world

Louvre Museum is located in Paris. It is a type of historical museum and consists of the oldest museums in the world. It has almost 35000 items that are related to the past. This museum has a total area of land is 60,600 sq feet. During the 12th century, Philip II constructed this place to the fortress but, later it changed into the palace of the French king in 1546. This place now has changed into the museum and it opened its door for the local public in 1793. That time it had almost 573 paintings. During the era of Napoleon it collection increased but the artifacts detained during this time were later returned to the landlord after the ended period.

The State Hermitage Museum, located in Russia. This museum is famous for its art and culture. It originated in 1764 when Empress Catherine obtained the extraordinary collection of paintings from the Johann Ernst Gotzkowsky( Berlin’s merchant). It opened for the local public in 1852. Its collections comprise almost three million paintings that are permanent display for the public. It has six historical buildings that included in Palace Embankment and Winter Palace. Hence, it consists of the oldest museums in the world.

Egyptian museum known as the Museum of Egyptian Antiquities, that is in Cairoquities. The mummy of Pharaoh discovered in TT320 within common timber coffin later it moved to the Cairo’s Egyptian Museum. Firstly the Egyptian Govt. set up the museum near Ezbekeyah Garden later it moved to Cairo Citadel. Egypt. It has a wide range assortment of the oldest Egyptian antique items. The representation items of the museum are approximately 120000, the rest of the items are in stockrooms. It’s built-in 1901 by an Italian company. This museum has many historical Egyptian items like Pharaonic antiques and it is the remarkable oldest museum in the world.

The history of Capitoline Museums is known as the oldest museum in the world and in 1471 when Pope Sixtus IV donated his ancient bronze to Museum and put it here. After that several antique Roman inscriptions, statues, a set of revitalization and medieval fine art, coin assortment, and ornaments added to the pre-historic bronze. It opened its doors first in1734. Now the municipality of Rome managed it.

The national museum of Pakistan established in 1950. It located in Frere Hall, Karachi. Frere hall constructed in 1865 as giving honor to Sir Bartle Frère, who was commissioner of Sindh in the 19th century. Later it changed into Museum. After that, this museum in 1970 moved to Burns Garden in Zia-ud-din Ahmed Road. That time it had four galleries, with the time it extended into eleven galleries including “Quran Gallery”. It has collection included cultural heritage, Indus civilization artifacts, Gandhara sculptures, Islamic art, Miniature art, and oldest coins, etc. Hence it makes a space in the oldest museums in the world because of its antique items.