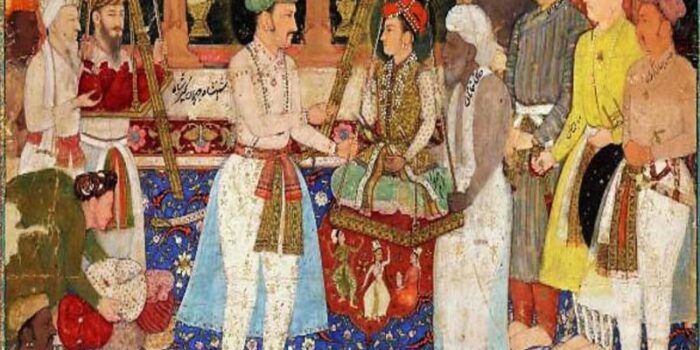 Empire means a sovereign state that works as a cumulative of nations that ruled over other nations. In the past, these emperors ruled over the world. But the calculation of land areas is controversial particularly. Some empires were so dominant, vast, and influential over their splendid history. There are the top 10 largest Empires in history, presented here.

The Persian Empire is a sequence of imperial periods that are related to Persia and Iran. The Achaemenid Empire’s era was in the 6th century and the Qajar Empire’s era was in the 20th century. The Achaemenids created the first dynasty in the Persian Empire, Cyrus the Great established it and called as the largest Empire in history. Parthian Empire ruled here 247 BC-224 AD in the 7th century. Safavid Empire was the utmost Iranian empire. It was established during the period of Muslim conquest in Persia. Literature and art became flourished in its era. After that Zands, Afshars, and Qajar empires ruled over there.

The Spanish Empire is one of the top 10 largest Empires in history. In the period of 16th and 17th centuries, it reached the peak of armed forces and political and economic power under the rule of the Spanish Habsburgs. In the 18th century, it extended under the House of Bourbon. It became the largest empire in history. At that time the Spanish empire became the prime global power, known as the empire in which the sun never sets. This empire’s period lasted from 1492-1975.

Read More: Top 10 most famous walls in the world

Umayyad Empire covered more than 5 million sq miles of land area in the Arab state in the past. This empire created the world’s best administration system, known as the “Golden period of Arab”. In this era, the city of Mecca and Damascus became their capital cities. It marks the top 10 largest Empires in the world.

The British Empire consisted of their dominance, settlements, defenders, and different regional administrative rule of the United Kingdom. It was established between the 16th and 17th centuries. At that, it was of the largest empires in history. In 1922 it held the largest population of almost 458 million people. Approximately it was a half quarter of the globe’s population. It covered a land area of 13000,000 sq miles. About it is also called that its sun will always shine across the world because of its linguistic, political, and cultural legacy.

The Russian Empire existed until the revolution in 1917. In 1866 it extended from Eastern Europe including Asia to North America. At the start of the 19th century, it counted among the largest Empires in history. At that time it expanded up to the Arctic Ocean to the north of the Black Sea from the Baltic Sea to the Pacific Ocean.

The Mongol empire ruled Eastern Europe to Asia in the period of the 13th and 14th centuries. It covered a total land area of 24,000,000 km sq. Because of its rule in large areas and a population of 100 million. It was marked the largest Empire in history and it was called the “Mongol World Empire”. Yet it split after the war succession in 1260-1264. In the year 1294 because of clashes, the Mongol empire was divided into four separate empires.

The Abbasid caliphate was the largest in Islam after Caliphate Rashida. This dynasty was established against the Umayyad Caliphate. The Abbasid Caliphate first made its government in Kufa, which is now a modern form of Iraq. In 762 the caliph of Al Mansur first founded Baghdad which is near the oldest Sasanian. It is called the “Islamic Golden age” and is counted among the largest Empires in history. In this era, the value of the intellectual capacity of its pupils was increased and they had the aim to fulfill it. In science, philosophy, and education the caliphate’s intellectual power was the center of attention.

The Tang dynasty was the royal empire of China. This empire ruled from 618-907. this dynasty was a herald of the Sui dynasty. In its era, culture and art become flourished. Its empire was based upon the 80 million public that was able to raise its huge army to fight with the inner forces of Asia. At that time it was marked as the largest empire in history.

The Roman Empire was known as the post-Republican period of ancient Rome. This empire held a huge area around the Mediterranean Sea, Europe, North Africa, and West Asia. Its historical periods had divided into three periods. The period of King, Republican Rome, and Imperial Rome. Several primary components of the modern world had influenced by the Roman Empire. Because, it had a long-lasting influence on the development of language, art, religion, philosophy, law, etc. It was also of the largest empires in history.

The Mughal Empire was known as the early modern empire in South Asia. It was founded in 1526 by Babur who defeated the sultan of Delhi and Ibrahim Lodhi in the Panipat battle. This Mughal Empire was known as the largest Muslim Empire in history. It had ruled over a large population in the subcontinent for many years. It came to an end when the British Raj entered into subcontinent after the Indian Rebellion of 1857.