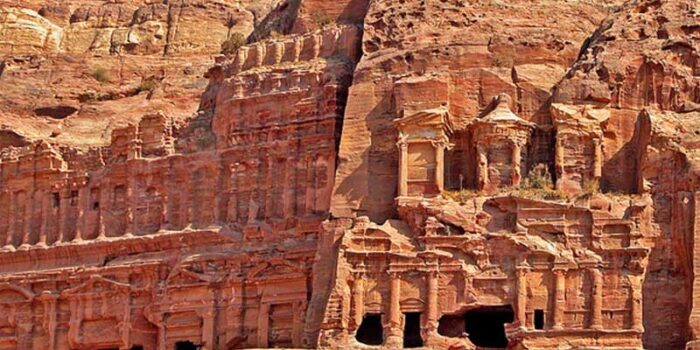 It is a very shocking thing to imagine a city can get lost. Yes, where you are living on earth many cities have been lost in the past. There are many causes of a disappearing city. There may cause of war, natural calamities or some other reasons. Anyhow, we shall discuss the top 10 lost cities in the world that were lost in the past and discovered again after a long time ago.

There is one of the ghost cities, “Pripyat” located in North near the Ukraine border. It got its name from the name of a river. It founded on 4 February 1970 as the nucleated city. As a result of nuclear war, this city abandoned by the people. After 20 years this city is not fully vacant. Scientists, military and police forces use it for their base to clean from radiation. Electricity is still here in some parts of Pripyat. But humans are absent there that’s why wildlife has been increased.

Caral was a huge oldest settlement in America and marks as the lost cities in the world. It was located in the Supe Valley of Barranca province. This city established around 2600 BC. It had almost 3000 inhabitants. In 1948, Paul Kosok had discovered this city but, it got little attention. In 1975 again the Carlos William prepared a comprehensive record of the archaeological sites of it. Caral was a peaceful society and didn’t find any evidence of battlements, weapons and mutilated bodies. Remarkable it was the finest society that built upon music or trade.

Babylon is one of the 10 lost cities in the world. In Mesopotamia, it was the capital of the city Babylonia. In the 18th century, king Amorite created into a major city and stated himself its king. Then, Babylon developed into the capital of the Neo-Babylonian Empire. This city has collapsed around 1180 BC but, again flourished in the time of Nebuchadnezzar who took credit to build the legendary Hanging Gardens. But, now it is just mound of broken mud bricks and rubbish of productive Mesopotamian plains.

Machu Picchu was in the list of top 10 lost cities in the world. Strangely, it is difficult to accept that the most famous tourist point of South America, Machu Picchu was strange for the world until 1911. At the period of Spanish conquest, it was unknown for the world and surrounded by thick woodland. Hiram Bingham brought it in front of the world. Now it is the biggest heritage spot.

Taxila situates in the northwest of Punjab, Pakistan. It means “The city of cut stones”. The prehistoric city extended by Persian King Darius in 518 BC. Alexander the Great conquered this city. Series of conquerors ruled in Taxila. It became a center of Buddhism. In the 5th century, it destroyed by Huns. Alexander Cunninghan worked under the supervision of John Marshall who was the first director of the Archaeological Survey of India in the 19th century. He brought the Taxila in front of the world.

Ani is the demolished and the top of lost cities in the world and currently situated in Turkey near the border of Armenia. It was first rising in the 5th Century AD. In the 10th century, it became a flourishing town of Armenia. Ani had almost 100,000 to 200,000 populations. Until the Mongol’s invasion in the 13th century, it remained as the captain city of Armenia. Due to the destructive earthquake in 1319, it shifted trade routes into the permanent decline of this city. That’s why this city neglected and forgotten for centuries.

Chan Chan was the biggest city of pre- Columbia. It listed in the top 10 lost cities in the world. Chan means “sun” it earned this name because of the sunny climate. It constructed around in the 14th century by Chimu and it fell into decline in 850 AD. Francisco Pizarro established the city of Spain in 1535. He pushed the Chan Chan into darkness. But it was still famous for its building materials. In the 19th century, Michael Moseley and Carol J. Mackey have excavated it.

Angkor is an enormous city of Cambodia. It has a huge empire that prospered in the 9th -15th century. It had a popular Angkor Wat temple, religious monument and Bayon temple, etc. This city’s religion has been changed into Hinduism from Buddhism various eras. In 1431 the Angkorian era came to an end because of looted by Ayutthaya invaders. Just Angkor Wat has remained which is a Buddhist Shrine and a famous tourist attraction. Angkor Empire’s ruined in the 15th century is still a mystery. But the investigators have revealed that it was because of prolonged monsoon that destroyed the city’s infrastructures.

It is the oldest and lost city of Jordan. This place considers a historical site because of its beautiful architectural water management system. In 1985, it was later called a UNESCO World Heritage Site. Petra was once called “Rose City” because of colorful pebbles used in the buildings. Before the 18th century, Petra was not a significantly important location. Historians attracted there because of its exclusive architecture work.

Mohenjo-Daro is one of the top 10 lost cities in the world. It means the “Mound of the Dead Men”. It was first rediscovered in 1922 after one year the discovery of the same city Harappa. From the discovery of the city, the thing is revealed that the city had astonishing temples, monuments, and places. There was no evidence of royal rule in that society. But there drainage and road system was excellent
,