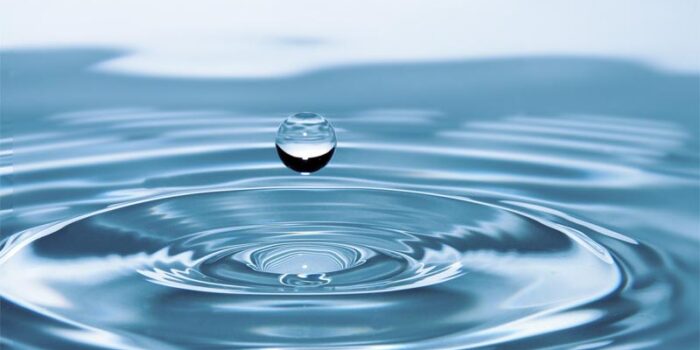 Water is a vital component and basic need of the human body. A person should drink it daily in enough amounts to stay healthy, immune, and energetic. Drinking more water is also beneficial for the human body which, helps in releasing the toxin out and regulate the body temperature as properly. Water is a fundamental element without it human beings can’t survive and, thus, here we have come with some interesting facts about water that are sure to mesmerize you. A very small quantity of drinkable water on Earth, and that’s why some countries are facing a permanent lack of clean water.

You know, our Earth has 70% water. Just 30% of fresh and drinkable which, is under the ground. But from this 1.7% of the world’s water is frozen and trapped in glaciers that’s why it is not unusable. Around 400 billion gallons of water are using in the United States on daily basis. And one-half of the water is used by Americans for thermoelectric power generation. It can melt more elements than any other liquid which is including sulfuric acid also. Due to the freezing, the amount of salt is also dissolved increases.

Water is an essential element of human life so, when a baby is born, almost its body contains 78 percent water. Whereas, adults have 55-60 percent of water. Water has an immense portion of the blood that carries nutrients to all our cells. It helps in reducing waste from the body and also regulates our body temperature. Plus, it performs like a shock absorber for our brain and spinal cord in a body. No doubt, our body is too dependent upon water. Interesting facts that more than 70% of the human brain has also comprised of water.

No doubt water is a vital component for the body but, you can get intoxicated by drinking too much water. It happens when you take a high amount of water than your body requirement. Due to this, the sodium level in the bloodstream can be caused by an imbalance in the brain. In the 16th century, Paracelsus said, Everything can become poison, or not, just is dependent upon the dose. In past, many cases have been reported due to the tragic deaths caused by excessive water intake. Once, a 28-year-old person from California died after drinking six liters of water in three hours during the contest. In every hour, a healthy kidney drains around .5 to 1 liter of water.

A scary theory claims that the Cryogenian period which has over around 710–635 million years ago, froze the world. At that time, ice has covered almost everything and this event has been labeled in history as “Snowball Earth.” Two questions arise from this theory. That how it frozen, could Earth melt? Second, how that time could life survive in the periods of global freezing? Firstly, it contained the outgassing of massive amounts of carbon dioxide by volcanoes, which could have warmed the earthly surface speedily by enhancing the earth’s so-called greenhouse effect. Another possible answer to the other question may be due to the existence of current life-procedures within hot springs and deep-sea vents, which would have persevered long ago despite the frozen state of the planet’s surface.

05: The amount of salt varies in water

Besides interesting facts about water, it is a weird one that is around a gallon of water in oceanic water, there is around 1 cup of salt. It can be varied in different places on earth. Like the Atlantic, Ocean water is saltier than the Pacific Ocean. But the most common salt in the ocean is sodium chloride. You know the saltiest water lake named Don Juan Pond in Antarctica.

You know around 97% of the water on Earth is salty. Just 3% of water is fresh which is found in lakes, rivers, streams, ponds, marshlands, etc. The rest of the freshwater has trapped in glaciers or the ground.

04: Water on Earth arrived in comets and asteroids

Between 4.5bn and 3.8bn years ago, it happened that all the water in the earth came from comets and asteroids, one of the interesting facts. This period is known as the Late Heavy Bombardment.

03: Water expands when it freezes

Another one of the interesting facts about water that it expands it become freeze. In lakes and rivers water freeze from the top down, so that’s why the Earth has faced successive ice ages.

02: Water is the second most common molecule

One of the interesting facts about water is that it is the second most common molecule which, is present in the universe. It is known as hydrogen gas, H2.

According to the World Health Organization, a person should use 2 gallons of water to meet the requirements. Interesting facts that around 5 gallons are using by each person daily to cover the basic hygienic needs and food essentials.