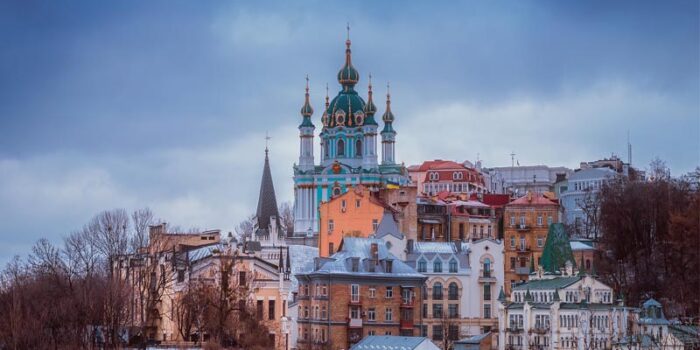 Ukraine is the largest country that exists entirely in Europe. It appeared on the world map in 1991. This country became quickly familiar with the international community. The total land area of Ukraine is approximately 603,628 km2. It considers as the largest contiguous state on the European continent. The geographical midpoint of Europe is in the area of Ukraine not far from Rakhiv in Zakarpatia oblast. Ukraine is the 3rd largest grain exporter in the world. There are a lot of interesting facts about Ukraine that will surely increase your knowledge before visiting here.

In the world, commonly it had referred to a country like Ukraine. It was called “The Ukraine” until independence in 1991. Afterward, West gradually dropped the definite article about it and corrected it and the government also requested to just call it Ukraine. US ambassador William Taylor, who knew that the addition of the word “the” was well-thought-out as insulting by some Ukrainians, said it implied disrespect for the state’s sovereignty.
Interestingly, Ukraine’s history is tangled with the history of Russia. You know the first Russian state, the Kievan Rus ruled by the Rurik dynasty. It was centered in Kiev, which is the capital and modern city of Ukraine. Ukraine’s name has originated from the word meaning “borderland.

10: 4th educated nation in the world

One of the interesting facts that Ukraine is a 4th educated nation in the world. Around 99.4% of Ukrainians who have aged 15 and they can read and write. And 70% of adult Ukrainians have achieved secondary or higher education. There are around 150 colleges and universities the most famous and top are at Kiev, Lviv, and Kharkiv. In Ukraine, there are nearly 70,000 scholars in 80 research institutes. Remarkably, you know the recent heavyweight boxing champions of the world, Vitali and Wladimir Klitschko who belong to Ukraine, have Ph.D. degrees.

Ukraine was a motherland most ancient civilizations Trypillian Civilization of the world. interesting facts that Neolithic archaeological culture which happened between 5500-2750 BC on the territory of modern Ukraine.

If you like history so before visiting here, you should know that Ukraine has seven World Heritage Sites. Plus, the 11th century Saint-Sophia Cathedral is also in Kiev, the antique city of Chersonesus, and the primeval beech woodlands of the Carpathians. Another one world heritage site is the Struve Geodetic Arc, it is a chain of survey triangulations connecting to Hammerfest in Norway to the Black Sea in Ukraine.

According to the UNESCO, it facilitated to establish the precise size and shape of the earth and marked a significant step in the development of earth sciences and topographic mapping.

Ukrainians’ names have also added to the invention of the world. you know Lviv claims that Ukraine is the home of the first-ever gas lamp. This gas lamp was invented by a local pharmacist in a store called At the Golden Star. Now the achievement of him is remembered by a café called Gasova L’ampa which is found in the same building.

06: Ukraine has a huge armed force

Ukraine inherited a large nuclear arsenal after the breakup of the Soviet Union. Now, it has the second-largest huge arm forced in Europe after Russia.

During world war II, Ukrainian religious leaders offered protection to the Jews. One of the popular leaders, Metropolitan Andrey Sheptytsky honored the Anti-Defamation League for his humanitarian role in 2013. The Jews got shelter in monasteries and Ukraine’s homes.

04: First constitution in the world

One of the interesting facts that the world’s first constitution has drafted and introduced by Ukraine Hetman Pylyp Orlyk in 1710. This official document’s purpose was to introduce the separation of powers of Ukraine. It has assembled the responsibilities and rights of both citizens and the government of the state.

The Tunnel of Love is a part of a manufacturing railway near Klevan of Ukraine. This charming natural train tunnel has covered by green arches formed by trees on both sides of the single-track railway line. This romantic atmosphere attracts many couples to plan a journey from there. According to local legends, couples who have visited this place will have their desires granted.

02: Home of many Ghost Towns

The deadliest nuclear disaster, the Chernobyl, happened in Ukraine. The place where this tragedy occurred and its surroundings are located in northern Ukraine and are part of the Chernobyl Exclusion Zone. Several abandoned towns like Pripyat in Ukraine have become ghost towns now.

01: The Heaviest Aircraft Ever

The Antonov An-225 Mriya considers as the heaviest aircraft in the world. It was built in Kiev, while Ukraine was still a part of the Soviet Union. Interesting facts that Ukraine aircraft weigh 285,000 kg without luggage and passengers. Additionally, it has a wingspan of 88.4 meters. All over the world, it considers as the heaviest aircraft ever built. It also has the largest wingspan of any efficient plane.