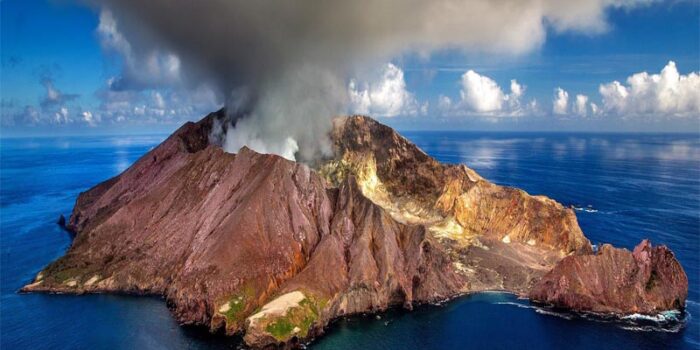 New Zealand is an island state which exists in the southwestern Pacific Ocean. It has comprised two main landmasses one is the North Island and, the other one is South Island. Around it, 600 smaller islands have covered a total land area of 268,021 square kilometers. The state’s diverse landscape and high-pitched mountain peaks, plus the Southern Alps, owe much to tectonic uplift and volcanic eruptions. Its capital city is Wellington, and one of the most crowded city is Auckland. The name of New Zealand has derived from the Dutch term “Nieuw Zeeland”. First European explorer Abel Tasman gave this name it after the province of Zeeland in the Netherlands. There are a lot of interesting and strange facts about New Zealand.

English is a commonly spoken communicated language in New Zealand. Additionally, if you are planning to go there for spending vacations or work purposes so, you must be fluent in English. Maori is using as a second official language in the state. Although, just 15% of people are using Maori here and only 3% of kiwi’s speakers. In both languages, all the official websites are also available here. The most interesting and strange fact that the third official language of New Zealand is also here and is the “sign” language.

09: There are no dangerous animals in New Zealand

It is not an artificial cave where humans put glowsticks on the wall, but it is a natural wonder. Interestingly, the glowing caves in Waitomo are occupied by glowworms which, are known as Arachnocampa Luminosa. From sometimes, it has developed into a famous tourist destination where boat rides take people through the glowworm caves.

07: Least corrupt state in the world

New Zealand has one of the clearest and best lakes, which is Nelson’s Blue lake. It is famous as Rotomairewhenua which, is holding the title of the clearest lake in the world. Blue lake, considers as blue-violet hues seen only in such pure natural waters. You know its visibility can be seen as deep as 70-80 meters underwater.

05: Elizabeth II is the Queen of New Zealand

probably you know that Elizabeth II is the Queen of Great Britain, but also, she is the Queen of New Zealand, Canada, as well as twelve other independent states of Europe. Interesting facts that this is the main reason that’s why New Zealand has two national anthems, and one of them is “God Save the Queen”.

04: The Native Kea Bird is a Car-wrecker

The Kea bird is famous for damaging rental cars and local vehicles all around the world. They are well-known for eating the strips of rubber of windows and dragging windbreak wipers of the cars. Interesting facts that the native bird of New Zealand has even also recognized as working in teams to get the job done as quickly as possible. While visiting here, make sure to get your rental car protected if you are planning to drive the area of Kea birds.

Kiwis are implausible people, and they are immensely proud of their backgrounds. They are most welcoming and sociable individuals with a great sense of humor in world-wide. They are passionate local people who love their country a lot. Additionally, they are very possessive and passionate people of New Zealand.

New Zealand is an island state which has full of excited locals who cannot wait to show you their beloved state. You will get good times and generous hospitality from this unique and vibrant country.

Being a small island nation, New Zealand is a hub of too much native marine life. Kaikoura is the only place on the planet where you can see giant sperm Whales on a tour, round a year. Once fur seals were hunted for their meat but, now they are protected species. They have found near the shorelines of Kaikoura, the Caitlins, and Fiordland, and even as far north as the Bay of Island’s in the winter. Hectors dolphins are the planet’s minimum and regular creatures of water around where you will be able to swim with dusky dolphins all year round up the road in Kaikoura.

One of the interesting and proud facts that New Zealand has gained many Olympic gold medals per capita, than any other state in the world.