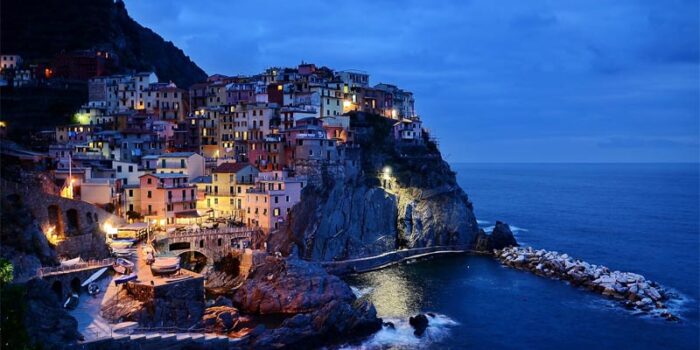 Italy is a mesmerizing destination planning holiday in Italy that will reveal many interesting facts upon you. You will experience many interesting things to do and see without ever running out of activities or amazing sights. Before visiting keep in mind some interesting facts relating to Italy which will help you a lot while visiting the boot-shaped state. Interestingly, Italy comes from a root word that denotes the “land of young cattle”. Historiographers speculate that it might be called due to the bull which was the symbol of early Southern Italian tribes. But, still, some believe that its origins from the name “Italus”, an early king of the region.

10: Colors of the flag have meaning

One of the interesting facts that like other nations Italy’s flag has also some meaning. You know the Italian flag is tricolored with vertical stripes. These three colors which are shown on the flag are pale Green, White, and Red. The green color is representing hope, white is representing faith and the red one is signifying the charity. Interestingly, these three-color stripes on the flag of Italy are all in equal size. During hoisting the flag, the green-colored stripes have always put next to the flag post.

There are other many European countries like African countries that are sharing the similarities of the flag. Many flag have stipes with multiple colors like Mexico has a darker shade of red and green with a coat of arms on the white stripe.

The official language of Italy is Italian. Almost 85 million people are speaking it around the world. Italian serves as one of the working languages of the Council of Europe. It also considers as a Romance language and is more closely related to Latin than any other Romance language. You know the Italian language has its roots in the Tuscan dialect of the Italo-Dalmatian subgroup, the interesting fact that it belongs to the Indo-European language family. Many musical terminologies were also have used in Italian because early composers were also related to the Renaissance era. The Italian language has many resemblances to the Latin language. There are dozens of Italian dialects used all over the country From Venetian to Sicilian.

One of the interesting facts of Italy that its people are very superstitious. While visiting Italy Don’t be surprised if your hotel doesn’t have a 17th floor or room no 17. Because Italian people believe that this number is unfortunate for them so, they try to avoid it. Its main reason is that when the Roman numeral for 17 (XVII) is reorganized, it seems VIXI, which means “I have lived,” it is a symbol that’s connected with death. Another one of the superstitious of Italian people, they think put a hat on a bed is bad luck.

Customarily, when priests visited the dying person to give them their last rights, they would remove their hat from the head and put it on the bed. A cat crossing your path is also one of the superstitious, if a cat is crossing the street, don’t be the first one to cross its path. They thought that black cats are a sign of witchcraft and the evil spirit. Another one is that Italians believe that if somebody brushes over a single person’s feet with a broom that he or she will never get married in life.

07: Rome is the hub of Fountains

Rome is the largest city of Italy has around 50 multiple small and large fountains. And it is famous as the hub of the fountain city. Fascinatingly, the Trevi Fountain is amazingly more than 86 feet high. It comes from a canal which originally constructed in 19 B.C. The fountain was constructed by Pope Urban VIII in the mid-1600s. A famous legend states that tourists who think that if they throw a coin into the Trevi fountain are assured of a return visit to Rome. Millions of coins are collected every week and, these Italian coins are using to maintain the fountain. But foreign coins are donated to the Red Cross.

Cheese is one of the most liked items around the world but, you know that Parmesan cheese has originated in Italy. Italian people love cheese as they also have created many varieties of cheese like Mozzarella, Provolone, Ricotta, and Gorgonzola. Italy has interesting facts that they have a vast variety of cheeses.

05: Italy has many volcanoes than any other state in Europe

You know Italy faces a large number of volcano eruptions than any other European state. It is mainly due to the land lies on a fault line, which causes volcanoes. These number volcanoes are active or have been active for the past hundred years. The famous, eruption points are Vesuvius, Etna, and Stromboli. Interesting facts that it is incredibly beneficial for them. Because they are offering fertile soil to grow crops such as grapes and olives.

04: When the pasta was first brought to Italy, it served as a sweet dish

You know Arabs initially brought dried pasta in Italy, nearly the 13th century. Interesting facts that in Italy it served with honey and sugar, and eaten with the fingers. Mostly we heard about Italian pasta but, it had not originated here even tomato sauce on the pasta wasn’t use around until the 17th century. Now, there are about 500 different sorts of pasta recipes that have eaten throughout Italy.

Interesting facts Italy considers in one of the countries which have pride in having snowcapped alps, attractive lakes, sunny beaches, lush vineyards, mountains, islands, and fantastic coastline. Lago di Braies is one of the beautiful places and a picturesque lake in the Dolomites region. Italy has something special for every visitor’s interest, and within a few days driving around the country. One can experience lots of different sceneries in the same state.

Italy has also included in those countries which have a lot of World heritage sites in the world. More than 50 UNESCO World Heritage sites are still waiting to be discovered and admired within Italy’s borders. Colosseum is one of the most classic sites but, some other prominent sites are including Duomo di Milano, historic Center of Florence, the Leaning Tower of Pisa, Pompei, City of Verona, Venice and the Dolomites, etc.