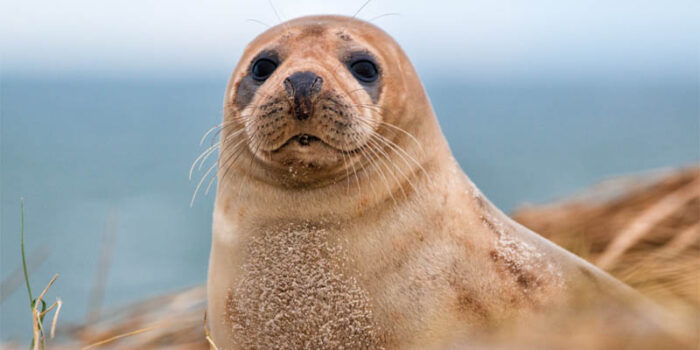 Seals are fin-footed and semiaquatic marine mammalian creatures. They have divided into two different classes: the Phocidae, the earless or “true” seals and, the other is Otariidae, the eared seals. There are more 34 species and, 48 subspecies of seal exist world-wide. The largest species are known as the southern elephant seal, which can raise to around 13 feet in length and more than two tons in weight. The smallest species of the seal are the Galapagos fur seal, which can grow up to around 4 feet long and weighs about 85 pounds. The seal has many interesting facts besides it lives in water.

Mostly seals are found in water, mainly in Antarctica and Arctic sites but, it exists in some parts of tropical areas as well. One of the interesting about a seal that it can live up to 15-40 years and, it also depends upon sex, species, and living situations. Harbor seal lives half of its time in the water and other half time on land. Even it can sleep in water for around half an hour. It can also dive to depths up to 650 feet.

The diet of seals has depended upon its species, but mostly they eat mainly fish and squid. Mostly they find their prey by detecting through its vibration using their whiskers also. They mostly like to eat fish, while others most of the species eat squid, mollusks, crustaceans, marine worms, sea birds, and other seals also. Interesting facts that seal which, eat mostly fish, the seal has specialization in oil-bearing species like eels, herrings, and anchovies because they swim in shallows in the sea and are easy to catch, and they are also a good source of energy.

09: Physical characteristics of the seal

Almost all seals share the same physical characteristics. They all have streamlined bodies and four flippers for moving in the water. Their bodies have covered with soft fur, and underneath in skin, they have a layer of blubber that assists and insulate them from a cold environment. Even though, seals that live in cold temperatures, they already have more blubber than those that live in warmer temperatures, even within the same species of seal.

Most species of seal species like to live in large social groups called colonies. Interesting facts that they also come together for taking sunbathe in masses of hundreds of seals, and go to the beach to mate and raise young in tightly packed gatherings of thousands.

Seals may be hunt alone or in groups. They have a special structured body that lets them hunt for food in the water effectively. Their fins assist them to move very rapidly through the water, and they can also dive deep into the ocean easily. Seals also have whiskers that are highly sensitive towards movements and vibrations for detecting prey. So, in this way their whiskers making them more effective while hunting during the day or night.

Seals can easily sleep both in the water and on land. One of the interesting facts that researchers have recorded them sleeping for minutes at a time while slowly drifting downward in a belly-up orientation. Like other marine mammals, seals sleep in water but, half of their brain awake so that they can detect the danger and escape from predators. But when they are asleep on land, both sides of their brain remain in sleeping mode. This one fact is including interesting facts about the seal.

05: Gestation period of the seal

During the gestation period, mothers carry their young offspring for around 12 months. But you know the most species of seal, give birth to the spring and summer months. Naturally, single pups are born but, twins are also born but uncommon and have high mortality rates as well.

04: The hearing ability of the seal

The hearing ability of the seal is also very marvelous. Interesting facts that seal can hear very well both above and below in the water. They can hear high pitched sounds better than the range of human hearing.

03: How does a mother seal find her pup?

Seal mothers and pups usually stay close to each other on the shoreline and are not separated while nursing. But mothers have to leave their pups onshore for searching feed. In this way, seal mothers and pups can stay in touch through sound. One of the interesting facts that harbor seal pups make idiosyncratic calls that can be heard for up to one kilometer. When they came in close contact with mothers and pups, they can identify each other by scent. There are some specific glands in the skin of their flippers and around their muzzles which help them in recognizing scent. If you see a harbor seal pup onshore, observe it from a distance and do not come to go close to it that its mother may be present near offshore. Naturally, seal pups attract to moving objects that are bigger than they are. So, their habit assists them to stay near their mother, but can also make a pup follow things that it shouldn’t.

One of the interesting facts about a seal that has more blood in their body than other mammalian creatures. Their blood cells keep the oxygen level maintain, assist them longer in dive than other animals.

01: Unique quality of the seal

You know seal can hold its breath for around two hours and, it has recorded in the animal world. It is one of the interesting and unique facts about the seal.