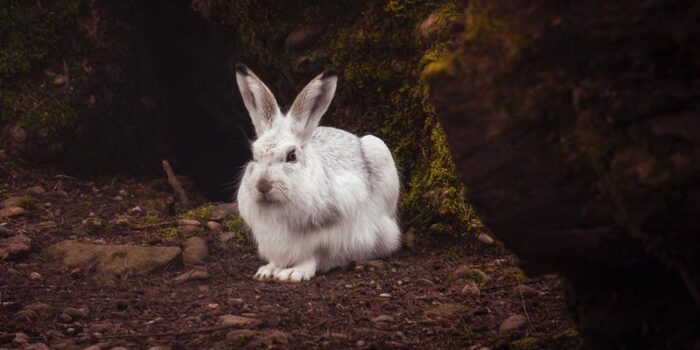 Rabbits are tiny mammals with furry, stubby tails, bristles, and typical long ears. In this world, you can find more than 30 species of rabbits. They live in different environments, but they have many things in common. Rabbits and hares are related to the same taxonomic family, which is called “Leporidae” but, they are in different genera. Around there are 11 genera within the family, but the terminology “true hares” just refers only to species in the genus Lepus; all others are rabbits. You know the American Rabbit Breeders Association (ARBA) also recognizes 49 different rabbit breeds. There are many interesting facts about rabbits surely it will make you amaze you.

Rabbits are herbivores creatures; they take a diet entirely of grasses and other floras. Due to their diet which, has so much cellulose, they pass through two different kinds of feces to completely break down their food. While other grazers will chew and swallow their feed, then “burp” it back up rabbits will re-ingest their feces on the first pass to get all of the nutrients they require.

The gestation period of a rabbit’s pregnancy is between 28-31 days. Their pregnancy can last for a maximum of 33 days. If that time has passed and your rabbit has not yet given birth, you should take it to the vet immediately. After day 34, the fetuses might die in the womb if they have not yet been born. The world’s famous rabbits are the Warner Bros cartoon character, Bugs Bunny. You have seen many times in the cartoon that he loves to eat carrots. But the interesting fact that carrots aren’t a natural part of a rabbit’s diet and can give bunnies an upset stomach if they eat too many.

Mostly rabbit cartoons show that they happily survive on a diet of carrots alone. But interesting facts about a rabbit that it is not true in the wild, it doesn’t eat root vegetables. Rater they’d love much on green vegetation like weeds, grasses, and clovers. So, be careful about them and don’t give your pet bunnies too many carrots because they are high in sugar and contribute to tooth decay.

09: Not all rabbits are tiny and cute

One of the interesting facts about the rabbit that we humans mostly think that rabbits are all cute and tiny creatures. But it is not true you will be amazed that Some, like the Flemish giant rabbit, grow to be downright monstrous. This rabbit breed is famous as the world’s largest breed, which can reach up to 2.5 feet in length and weigh up to 22 pounds. Luckily, these giant rabbits are the gentle kind, that’s why they make popular pets as well.

Besides other interesting facts about the rabbit, this behavior is significantly less adorable. You know after digesting their meal, they sometimes eat their poop. It may seem gross, but stools are an important part of a rabbit’s diet. Even they produce a distinctive sort of poop called cecotropes that are softer than their normal pellets and meant to be eaten. They also have a fast-moving digestive system, and through redigesting waste, they’re able to absorb nutrients their bodies missed the first time around.

One of the interesting facts about the rabbit that it has impressive back legs isn’t just for show. They are built for dodging predators in a hurry. One of the rabbits also made the highest recorded jump to the ground and the farthest reached nearly 10 feet. In many places, there are conducted rabbit jumping competitions where owners can show off their pets’ agility.

This amazing fact is including in the interesting facts about the rabbit. You know a rabbit’s teeth never stop growing in their life. They are just like a human being’s fingernails. As a substitute, they’re slowly worn down as the rabbit chews on grasslands, wildflowers, and vegetables — means they never get too long.

Rabbits’ eyes are present on the sides of their head, means they can see everything around them. One of the interesting facts that these eyes help the rabbit to keep a close watch for predators while they’re going about their business. Plus, they are also beneficial for them, it assists in staying cool.

Furthermore, like rabbits’ eyes give it assistance their ears also help in staying cool in the hot climate. Their ears can grow up to 4 inches. This stretched-out length lets them hear better and, in this way, they can escape from predators that may be approaching. Extra body heat is also released through blood vessels in the ear.

04: Rabbits are hard to catch

Rabbits’ eyes, ears, and powerful legs don’t give them enough of a head start when avoiding predators. They use even more tricks to rely on. The cottontail of the rabbit moves in a zig-zag pattern during running across an open field. Interesting facts that it helps the rabbit also in hard to target. Plus, it can also reach a top speed of 18 mph.

Rabbits dig complex tunnel systems, which are called warrens. These tunnels are connected with special rooms that are reserved for things like nesting and sleeping. The dens have many entrances that allow the animals to escape in a pinch. Plus, some warrens are as large as tennis courts which, can extend up to 10 feet below the surface of the ground.

After keeping cats and dogs as a pet, Americans like to keep the rabbits as a pet. But many people think that bunnies don’t live long and are easy to care for — neither of which is true.

Binky is an adorable action of rabbits. If you have kept rabbits as a pet so, maybe you have experienced this beautiful act. In a happy mood, they jump and twist which, is named “binky”.