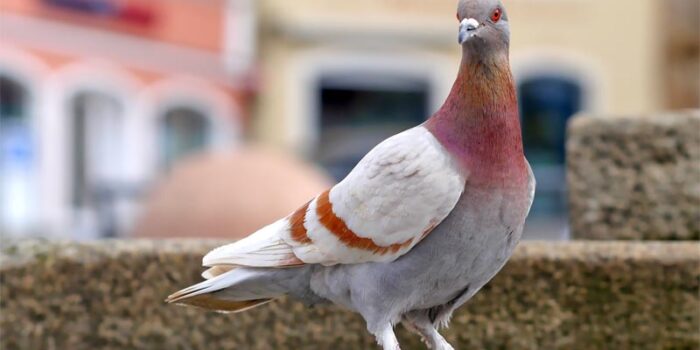 Pigeons were the first birds who adapted to domesticity by man and have lived together with us for centuries. They are amazingly complex and intelligent creatures. Now they have gained a terrible reputation. Most people think they are silly birds that only exist to infest city streets and spread disease. But, there are many interesting facts about Pigeons of which many people are unaware. These facts will surely make you amaze.

One of the most interesting facts about pigeons came out in research within a few years ago. According to a 2011 research, feral pigeons can recognize human faces. So, it is difficult to make them fool. In this research, two similar appearance researchers wore lab coats in two different colors in a park. They treated the pigeons very differently here. One researcher was calm, letting the pigeons eat, but the other was aggressive, chasing and annoying the birds away while they tried to eat.

Did you know that pigeons have a remarkable capacity to remember things? One of the interesting facts that they have long term memory. The above research about facial recognition is clear evidence about it. The pigeons remembered the researcher who had chased and annoyed them away on one occasion, and they remembered him even with different clothing. Another research also tested the long-term memory of pigeons. This study had conducted at the Mediterranean Institute of Cognitive Neuroscience measured the memorization skills of pigeons and baboons. Both birds were given a picture and a color, and they were trained to remember which color was linked with each picture. You know a pigeon can memorize anywhere from 800 to 1200 picture-color combinations.

According to one study conducted in 2016, scientists exposed pigeons could distinguish real words from gibberish. One pigeon can even learn around 60 words. It is one of the interesting and surprising facts about pigeons not only, can recognize human faces but also, they can read and learn words. When the test subjects had presented with real words and jargon on a computer screen, they picked the right words amazingly. The majority of birds not only chose right but also, they memorize words and learn them. During this research, they had given new words thoroughly.

07: Pigeons alert other pigeons in their flock about the danger

One of the interesting facts about pigeons that they are still yielding unknown information. Recently, birders discovered about the complex birds warn others in their flock about the danger. In this condition, they just by flapping their wings. Dr. Trevor Murray found a pigeon’s feather produces sounds with a higher frequency when a pigeon senses trouble is near.

The birds can find their way back even if they’ve transported in isolation. They can find without any visual, olfactory, or magnetic clues. During some research scientists rotate their cages so, they don’t know what direction they’re traveling in. How they find ways, it is still a mystery, but people have been exploiting the pigeon’s navigational skills since at least 3000 BCE. When ancient people would set caged pigeons free and follow them to nearby land.

05: Smart bird saved thousands of lives during World War I and II

No doubt, the pigeon is a very smart bird did you know in both World Wars, rival nations had huge flocks of pigeon messengers. They delivered critical updates through them the avians saved thousands of human lives. One racing bird called Cher Ami accomplished a mission that led to the rescue of 194 stranded U.S. soldiers on October 4, 1918.

04: The pigeon as a messenger

In the past pigeons were used in communication. Many people conveyed messages through them, and it was the only source of communication. During Roman times pigeons used to convey the results of sporting events, such as the Olympic Games, and this is why white doves are released at the start of the Olympic Games today. These intelligent creatures helped a lot in ancient times.

Pigeons are herbivores. They eat common food items like grains and seeds, vegetables, fruits, berries, insects, snails, earthworms, etc. In cities, they can eat anything available to them. Human garbage provides a wide assortment of food and, they take advantage of whatever they find from it.

Pigeons have consisted of those birds which have excellent hearing abilities. They can easily detect sounds at far lower frequencies than humans. They can hear distant storms and volcanoes also.

Pigeons are famous for their remarkable navigational abilities. They use a range of aids, like using the sun as a guide and an internal ‘magnetic compass’. A study at Oxford University found that they use landmarks as signposts and can travel along man-made roads and motorways, even changing direction at intersections.