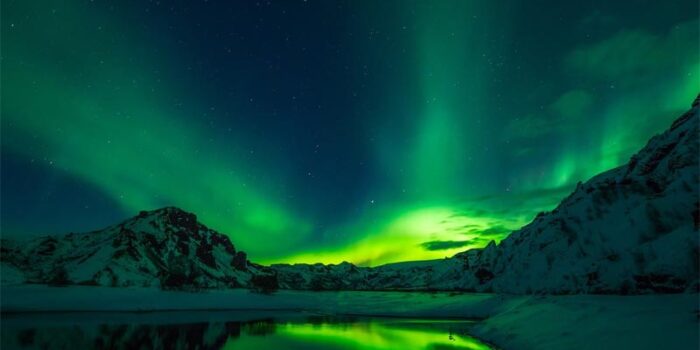 Iceland is a Nordic island state near the North Atlantic Ocean. It has a small population of around 364,134 having an area of 40,000 km. it considers the most sparsely populous state in Europe. Its capital city is Reykjavik, the largest and most populated city. Amazingly, 60% of the Icelandic population is living here. Its climate on the coast is subarctic. Climate fluctuates between diverse parts of the island. But its southern coast is warmer, wetter, and windy than the northern side. In the northern part, snowfall is common.

Interestingly, another huge part of Iceland that is almost 11% has covered with glaciers. Glaciers that are responsible for carving out all in Iceland that hasn’t been formed by magma and earthquakes, that is making the countryside more exceptional than any other country. So, while thinking about your next tour, you must consider this destination.

You know Iceland considers as the safest country around the world. because the crime rate is low here. Interesting and strange facts of Ireland is that in a year, there’s an average of 1.6 murders and a very low rate of other violent or drug-related criminalities that is a plus point.

Iceland was the birthplace of Leif Eriksson, who was a Norse explorer, and the first European who set foot on North America, which is now famous as Greenland. Some historians believe that Columbus visited Iceland for trading missions in 1477 and there he learned the Viking explorations of the New World. There are more interesting and strange facts about Iceland you should know.

One of the interesting facts about this state is that you know “the Alþingi” is the national parliament of Iceland. It is the oldest persisting parliament around the world. It has rich democratic custom almost more than a millennium of a national assembly that is governing the island in 930. In summer for two weeks, chiefs of Iceland organized an outdoor meeting on the plains of Thingvellir, a rift valley located in the east of Reykjavik where the North American and Eurasian tectonic plates meet. All free and obedient residents could attend the meeting passed laws and administered justice.

09: On Thursday, no broadcasting

Another one of the interesting and strange facts of Iceland, its government that run television stations, didn’t broadcast show every Thursday. It began broadcasting in 1966, it was a state’s only channel, that remains almost for 20 years. Television went dark every Thursday till 1987 to promote human interaction. It also went dark during the holiday in July.

You will amaze and impress to know that majority of the Icelandic power supply comes from geothermal and hydro energy. Interesting facts about Iceland is that it has clean power and a small carbon footprint. Icelandic researchers are now working on a way to connect more geothermal energy as part of a plan that could modify the whole world.

Different surveys indicate that almost half of the nation believes in the existence of elves. An elf is a type of humanlike paranormal creature that exists in Germanic mythology and folklore. In medieval Germanic-speaking beliefs, elves seem usually have mysterious powers and supernatural beauty, conflicted towards everyday people and capable of either helping or hindering them.

They think unseen elves & trolls are living in the countryside. You can even see the evidence of their belief during your trip to Iceland. Interesting facts that there are small wooden “elf houses” that people of Iceland build for the elves to live in. Iceland even has an official Elf School as well where you can learn about Icelandic elf history.

Mosquito is a small creature I think that exists everywhere. I felt surprised that interesting facts about Iceland that, it is a mosquito-free country. Don’t worry whenever you can visit this country you will not find any mosquito there. But unfortunately, Iceland still has biting midges, which can occasionally be even worse than mosquitos.

The origins of Icelandic cuisine found in the traditions similar to Scandinavian cuisine. If you are planning to visit Iceland so it can be helpful for you because food is our basic need. There are tasty and delicious food like dairy items and seafood as well as disgusting food available to eat.

Like the most popular Hakarl or fermented shark. This food is buried underground for 6-12 weeks, then hung out in the heat of the sun for dry. It tastes like ammonia eats with unsweetened schnapps. Their traditional dish is sheep’s head. Hot dogs are the most famous food in Iceland, its sausage is called “pylsa”. It is a common fast-food that is available everywhere at a cheaper price. Iceland cuisine counts in interesting as well as strange facts.

If we say the land of ice and fire so, it can be appropriate. Iceland is natural heaven where the freezing forces of glaciers and arctic weather are in a continuous battle with the quick-tempered heat of the earth. The result is the world of dramatic divergences across a plain landscape, with a beauty that just finds here.

It cannot possible without Iceland’s volcanoes. Maybe more than any other force, that is defining the nature of the land, generating endless fields of moss-coated lava, extensive plains of black sand, and pointed peaks.
There are around 130 total volcanoes, in which 30 of them are active. None are currently erupting but scientists have predicted that volcanic eruptions that the risk for residents and tourists are minimal. Interesting and strange facts of Iceland that on average, there is happened at least one eruption every four years.

03: Iceland has no Military

This fact can surprise you that Iceland doesn’t have a military and has just fought in one conflict. The Cod Wars were a control fight with Great Britain for exclusive fishing rights to the water within 200 miles of Iceland’s coastline. Iceland won that fight after attacking their enemy’s fishing nets with scissors. It includes interesting as well as strange facts about Iceland that is as well military free country.

02: Lack of forests in Iceland

Iceland has one of the two interesting and strange as well as harsh facts like volcanoes and glaciers. The early settlers of Iceland carried sheep, pigs, and horses with them. In history, Iceland was covered with trees, but they were cut down to make grasslands for cattle. Over hundreds of years, more and more woodlands were changed into grasslands for cattle, until almost all trees were cut down. This phenomenon is called woodland clearance for agriculture, and in Iceland, it has led to the everlasting devastation of 95% of the unique timberlands. Now, reforestation efforts are slow but successful there, and the state has a couple of beautiful forest areas now than in the past.

Another interesting as well as strange facts about Iceland people that they leave their babies alone outside. parents regularly leave their babies alone to nap outside in their strollers while the parents might hang out in a coffee shop or busy shopping. It happened when tuberculosis bring disaster in the 20th century. Around the same time, the baby stroller came out in Iceland they think that babies will get benefit from outdoor fresh air to strengthen their immunities.

Another reason is that there is also a low crime rate as well as police also don’t need to carry weapons all the time. During the journey, you’ll see this all over the country, including when the temperature drops to the lowest point of 20-30 degrees F.