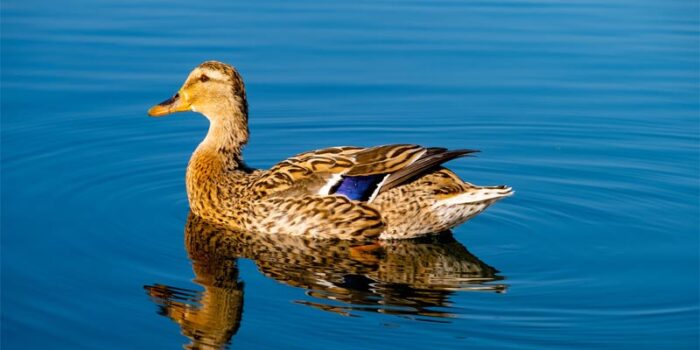 Ducks are part of the waterfowl Anatidae’s family, including swans and geese also. Anseriformes are used for all types of birds. In which these are consisted of around 166 known species, though some may be extinct. Duck exists in almost all continents of the world except for Antarctica. And, most common duck species, such as the Mallard, find all around the world are a domesticated bird. But other species have very small and in restricted ranges. They are from the omnivores category. They get diet from small fish and their eggs and also eat small crustaceans, frogs, salamanders, and other amphibians, snails, worms, aquatic and land insects, plants and roots, grass and weeds, seeds and grain, small berries, fruits, and nuts, etc. There are many interesting facts about duck, which will increase your knowledge about them.

The life span of an average duck is around 5-10 years and they can produce eggs up to 10 years also. One of the interesting facts that You know one of the duck species a female Mallard duck lived in the U.K for 20 years. It got the title of living the world’s oldest duck ever.

You know ducks have an array of remarkable eye features. They have brilliant visionary feature and their eyes are on the sides of their heads. Through it, they can see almost 340 degrees. Because of the shape of their eyes, they can see everything whether it is near and far, simultaneously.

Preening is one of the processes from which ducks groom themselves. They can get rid of dust, dirt, and parasites through their feathers. And it also helps to waterproof their outer layer of the body. During preening, the interesting facts that duck leaves a waxy, waterproof oil secreted by their uropygial gland, which is set near its tail. You know a duck’s feathers are so waterproof as when it dives underwater, its silky underlayer of feathers will stay completely dry.

As you know the duck’s eyes are set on the sides of its head, so they can see nearly 340-degree objects. Due to the beautiful shape of their eyes, they can see objects both near and far at the same time. ducks have three eyelids at the top of it and can see different colors.

Unlike other animals, ducklings achieve independence immediately after hatching from eggs. One of the interesting facts that duck babies are born with their wide-open eyes. They have an inner layer in feathers that stay warm. Within two months ducklings usually learn to fly.

05: Ducks can fly as high as airplanes

This fact will make you amaze and surprise that ducks normally migrate between 200 and 4,000 feet in the air. But they can reach far from greater heights. Once a jet plane over Nevada struck by Mallard at an altitude of 21,000 feet. Ducking’s impressive height is now the highest recorded flight.

Ducks are also very social animals. They easily adjust any environment and as you have seen them in larger groups with other ducks, that are called paddling. They spend their day time looking for food on the grassy ground or in water. And you know they also sleep together with their paddings at night time.

This is one of the interesting facts that duck usually looks for its mate or partner in winter. Male ducks attract the female ducks due to their colorful feathers. Then the female ducks will lead the male ducklings to their breeding ground in spring.

02: Ducks can produce more eggs than other birds

You know some duck breeds can lay more eggs per annum than the highest performing chicken breed and also these are also more nutritious too. All poultry caretakers should balance their animals’ comfort against the needs for egg production. Because it takes a lot of energy to produce an egg. So, a bird’s health is also the foremost thing, egg production should be the second priority.

Ducks have been categorized into different breeds. You know the interesting facts that particular Red-breasted Merganser duck has broken the record for the fastest duck in the world. This first record was originally held by a Canvasback duck which flew at the highest altitude of 72 mph. Once the same Red-breasted Merganser duck has recorded flying at just over 100 miles per hour.