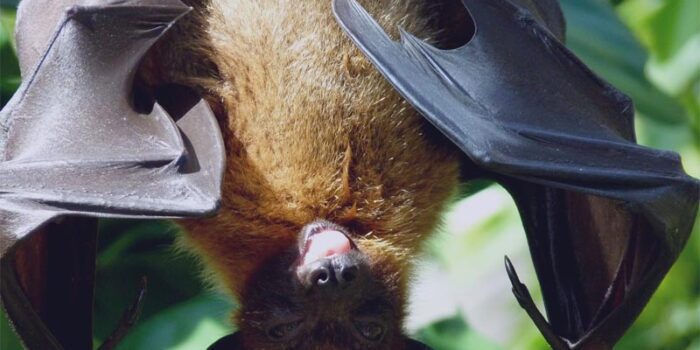 Frankly speaking, the Bats, have an unfair reputation for being sneaky, ugly, verminous creatures. But one thing is right on the mark that these mammals are “transmission vectors” for all kinds of viruses. These viruses are easily spread in their close-packed communities and just as easily communicated to other animals within the bats’ foraging radius. As concern to humans, bats are notorious as a carrier of SARS (severe acute respiratory syndrome) and even the deadly viruses like Ebola and Corona virus. There are many more interesting and hazardous facts about the bat.

You know there are around 1,000 species of bats all around the world which are divided into two families. These families are megabats and microbats. Megabats are much bigger than microbats around two pounds. These flying mammals live only in the region of Africa and Eurasia and are exclusively “frugivorous” or “nectivorous,” which means they just eat fruit or the nectar of flowers. Microbats are the tiny, swarming, insect-eating, and blood-sucking bats that maybe you familiar with them.

You know there is a cave in Texas having a name with the Bracken bat Cave. It is known as the largest bat colony in the world. There are around 20 million bats exist in the cave, you know there are more bats here than people living in Mumbai. These bats also eat around 200 tons of bugs in just one night.

10: Bats are only mammals that can fly

Bats are the only mammals that can fly. They are classified in the to Chiroptera, which is further divided into Yangochiroptera and Yinpterochiroptera suborders. The forelimbs help and enable them to sustain a flight. Their wings are different from birds while birds fold their whole feathered arms in flight. But bats only fold the portion of their arms composed of their elongated fingers, which are scaffolded with thin flaps of skin. The good thing is that this gives the bats much greater flexibility in the air; but the bad thing is that their long, thin finger bones and extra-light skin flaps can easily be broken in air.

09: Many Bats are carriers of multiple diseases

Not all bats but most of them caused by many diseases. They are carriers of many deadly viruses like Ebola, corona, etc. These viruses are easily spread in their close-packed communities and just as easy communication with other living beings. So, humans should stay away from wounded or injured bats.

You know bat droppings are also useful and known as guano. Guano is high in potassium nitrate and is often using in fertilization. The saltpeter can also be removed for use in gunpowder and explosives. In the past bat guano was an important resource for that purpose during the American Civil War. And interesting facts that bat guano has also been found to preserve fossils.

As we have seen many times that bats are blind creatures. But it is just a myth related to them. You know bigger bats can see better than human beings. Their sharp sight is a blessing and a curse both for them. Because sight can override echolocation signals. For example, a bat may fly near the window because it detects light outside, even if echolocation tells it the surface is solid.

Don’t worry there are just three species of vampire bats that exist in the whole world. During traveling in Central or South America, if you might see a vampire bat bite a cow and then lick the blood from the wound, but they don’t suck. This includes in the one of the interesting facts of bat.

05: Main sources of food are insects and spiders

As bumblebee bats are insectivores creatures, they can contribute towards pest control. Because their favorite diet is insect and spiders. However, the impact is not substantial due to their small population size which can be included in one of the interesting facts of bat.

04: The lifespan of bats

Researchers do not give the exact lifespan of bats. Because there are many species of bats living in the world and some bats can live up to 30 years also. This research is based upon one study that the average lifespan of the bat is estimated between 5 and 10 years.

One of the species of bats is bumblebee bats which live near the tops of the caves for warmth. Interesting facts that Bumblebee bats are mostly found in limestone caves in western Thailand. More particularly, they are under the legal protection of Sai Yok National Park. They also find in the southeastern part of Myanmar, near the border of Thailand.

As we know many small mammalian animals can give birth multiple babies in a year. But interesting facts that bat is different from them and it just has one pup in a year.

One of the interesting facts that the metabolism of a bat is enviable. You know they can digest bananas, mangoes, and berries in just 20 minutes.