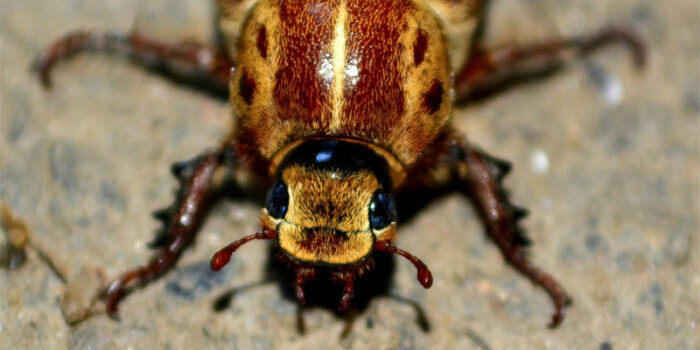 Cockroaches are insects that are related to the Blattodea order, which also includes termites. Around 4600 cockroach spices exist in this world and, 30 have associated with human habitats. But humans don’t like them and, no one wants to see a cockroach scurrying under the fridge when flipping on the light switch. Entomologists suggest that these insects are rather cool. Here are the top 10 interesting and fascinating facts about cockroaches that might convince you to think differently and change your mind about them.

10. Most Species Are Not Pests

There are approximately 4600 species of cockroaches and, interesting facts about them that all are not pests. Cockroaches find almost everywhere. Most of them exist on the planet, most of which inhabit forests, caves, burrows, or brush. But you know only just 30 species of cockroaches like to live where people do. In which the two most common species are the German cockroach, recognized as Blattella germanica, and the American cockroach, Periplaneta americana.

Most of the cockroaches prefer sugar and sweets, but they will eat just about anything: glue, grease, soap, wallpaper paste, leather, bookbinding, even hair also. Interesting facts that cockroaches can survive an unusually long period without taking food. Some species can live up to six weeks without diet. Naturally, they provide a vital service by consuming organic waste. That is good for humans. But weirdly like houseflies, when cockroaches take up residence among humans, they become a carrier of spreading diseases as they scuttle about the home. Feeding on waste, trash, and food, they also leave germs.

08. A Cockroach Can Live without ahead for a week

Have you seen a moving cockroach without ahead? A cockroach can live without its head because it is due to an open circulatory system. The interesting facts about cockroaches that they breathe through little holes in each of their body segments so, they are not dependent on the mouth or head to take breathe. But without a mouth, it can’t survive because it needs water so, due to thirst, it can die.

07. Cockroaches Can hold Their Breath for 40 Minutes

One of the interesting facts that these pests can even survive being submerged underwater for half an hour. They can hold their breath often to help control their loss of water.

I am sure you all have seen a cockroach while running. If no! then in a dark room, just turn on the lights and watch how fast they try to hide. It seems like an impressive athletic ability what it means is that they can also spread germs and bacteria throughout a home very quickly.

05. Cockroaches Can Live Without Food for One Month

As you know, a cockroach can live without food, it can live without sustenance because they are cold-blooded insects. However, they can only survive for one week without water that’s why they mostly found in humid or high-moisture areas around the home, such as basements and bathrooms. These interesting facts prove that cockroaches are the most adaptable creatures on earth, that’s why controlling and eliminating a cockroach infestation all the more difficult.

For getting rid of cockroaches from your home, experts suggest that keep your food sealed and stored properly, especially in the kitchen. So, you should clean your kitchen or home daily to prevent crumbs and trash from building up. Trash should be disposed of habitually and kept in sealed containers. Homeowners should seal all cracks and holes in homes, including entry points for utilities and pipes, as these can serve as entranceways for the pest. Furthermore, basements and crawl places should be kept well ventilated and dry.

03. They hate humans touching them

According to one of the interesting and common cockroach facts, they hate it when humans touch them as humans hate them. Or when whey flees to start cleaning themselves of that disgusting human contact. But it’s not what you are thinking. They hate humans or any other creatures because this touching can be dangerous for their existence.

02. They can bite Humans

As you know they eat anything because they are omnivores. They even eat a living human also. Yes! Cockroaches can bite humans also. Interesting facts about that do not always seek humans to bite. They mostly prefer other sources of food than human beings. They will not bite when a human attack on them either they usually try to run.

However, they may start to bite humans when they don’t get food to eat. Mostly they bite when they find small food particles hanging off the body of a sleeping human.

01. They Can Make Group Decisions

Cockroaches are smarter creatures than we think. They can even make decisions in groups, just like many other insects and other creatures.
Several years back, Dr. Jose Halloy of the Free University of Brussels, Belgium, conducted a study to observe how cockroaches think. He put several of them inside a dish with three homes and observed to see how they would divide themselves. Dr. Halloy also observed that initially, they came together, touching each other with their antennae. After some time, the homes equally.