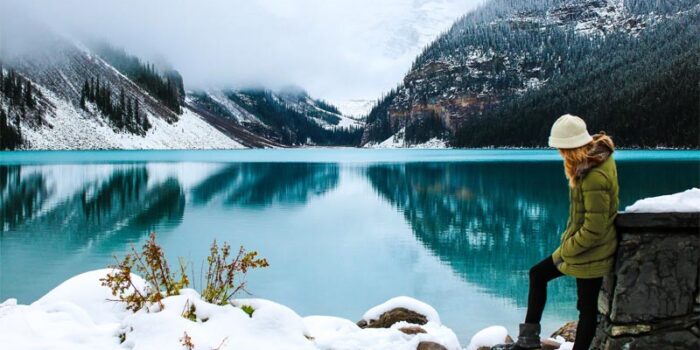 Canada exists on the northern side of America which is directly above the United States. It has ten provinces and three regions. It has covered nearly 10 million kilometers of land area, which is making it the 2nd largest state in the world. But, it had only 33.4 million people, which are making it the 35th largest country in the world. Its capital city is Ottawa, which is a home of 883,391 people. Two official languages are spoken in Canada which are French and English. English is an international language all over the state use it as an official language. But, French is primarily using in Quebec. Canada holds the record for the most gold medals ever won at the Winter Olympics and has many interesting facts.

Interestingly, Canada has no authorized religion and their constitution gives religious freedom to every citizen. But its primary religion is Christianity with around 67.3% of Canadians are practicing it. Canadian use the dollar as the official currency of the state. Canadians are nature lovers and have a lot of interesting facts, you must visit Canada once in your life.

One of the interesting facts of Canada that it has the world’s longest coastline which is covering a distance of 125,576 miles. The coastline has extended over the largest oceans like Arctic, Atlantic, and Pacific. It has attractive scenery and rich marine and coastal biodiversity, the coastal regions also fascinate a large number of tourists from the world.

09: Canada has the longest street in the world

Canada has interesting and unique facts that it has a Yonge Street in the city of Ontario. Which is approximately 1,896 km long. Interestingly, this unique street originates in Toronto and goes due north to Lake Simcoe.

Canada is a developed state and 82% of the population is living in urban areas, particularly in the southern regions. The largest population of urban areas has connected to the pursuit of higher education and the highly changing economy. Which is motivated towards the service sector prompting rural to urban migration.

07: The most educated nation in the world

Besides the other interesting facts, Canadian should feel proud of this unique and bonus fact. Canadians are the most educated nation all around the world. You know approximately more than 50% of the population has a post-secondary education. Moreover, it has a 99% literacy rate which is amazing.

As you know there are a lot of English dialects all over the world. Canada is near to the U.S but interesting facts that they use the British English system, not American which is surprising. Like Americans, they spell things like the word Color but Britishers use “u” in the spelling of Colour. And American English follows theaters, and Meters are spelled “re” – but British English use theatre, metre.

05: Superman was created by a Canadian

Superman is an animated cartoon that is popular among children of all around the world. This interesting fact is also associated with Canada, one of the Canadian named Joe Shuster co-created Superman with Jerry Siegel.

Canada has a lot of snakes you know Narcisse Snake Dens conservation area is well-known for the largest concentration of snakes in one place. Interesting facts that you can see thousands of snakes in Canada. Which slither out of their holes, and pile up with each other, look like innumerable wires which are tangled into each other, you will just feel the difference in then when these moves.

During spring, you can see massive floating masses of ice in Labrador and Newfoundland, which have broken away from glaciers in Greenland. If you want to see this beautiful scene so you should visit in the Spring season. Interesting facts that in Canada the innovative business persons take it upon them to scoop from these ice masses, and use it in products like wine, vodka, beer, and skincare.

Canada has plenty number of natural resources of oil, and it is just the single largest supplier of oil to the United States. Interestingly, it boasts of exporting a million barrels of oil tankers in a day to the US.

As you know Canada has a lot of polar bears almost equal to the Canadian population. And these polar bears are roaming freely in the state. But, it doesn’t mean they have permission to tease people. One of the interesting facts of Canada that Polar bears are not permitted to break into your house and steal your food. So, if you see one of the bears is rummaging through your fridge you can call the cops and have them arrested. Interestingly due to this act, polar bears get punishment and locked in jail for stealing food.