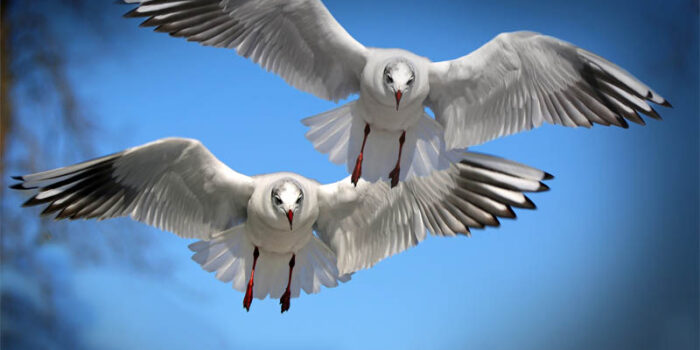 Birds are vertebrate which, are warm-blooded creatures and have more correlated with reptiles than mammals. They have a four-chambered heart. Plus, they have forelimbs which have modified into wings, a hard-shelled egg, and keen visualization, one of the major senses which they rely on most for getting information about the atmosphere. In this article, we shall discuss more interesting facts about birds.

Many birds can run, jump, swim, and dive also they don’t just rely upon flying. But there are some birds like penguins that have lost the ability to fly but retained their wings. Birds almost find everywhere in the world in almost all territories. There are around every type and size of birds the largest is the ostrich which, is around nine feet and, also the smallest one which, is only two-inch-long, humming bee. The structure is very important it reflects upon its ability to fly. The wings, for instance, had formed to create lift. The prime edge is thicker than the back edge, which has covered in feathers that narrow to a point. Interestingly, you know an airplane’s wings modeled after bird wings.

Birds’ bones and muscular system of wings are also highly specialized. The main bone, the humerus, is resembled the upper arm of a mammal. It attaches to the bird’s air sac structure, which has connected with its lungs. The powerful shoulder muscles, attached to the keel, a special ridge of bone that runs down the center of the wide sternum, or breastbone.

Furthermore, birds use their tail feathers for steering. They have an exclusive digestive system that lets them eat when they want. Interesting facts that birds usually eat during flight and digest later. During flying they use their beaks for grabbing and swallowing food. Even the way a bird reproduces is best for the flight. God has made a unique system instead of carrying the extra weight of emerging young ones inside their bodies like other mammals, they lay eggs and incubate them in a nest.

There are around more than 150 kinds of birds have become extinct since 1600. Even though many more may have died out that scientists don’t know about. European explorers didn’t just kill the species. Archeology shows that when they first arrived in ancient times in Hawaii and on islands of the South Pacific and Caribbean, many birds had killed before Europeans. Even they had never seen before. Around 9,500 species of birds exist in the world. Experts have grouped these species into 30 categories. One of the interesting facts that birds are the most prevalent of all creatures around the world.

10: Ravens are the great mimics

Raven is one of the ten species of heavy-billed dark-colored birds, which is larger than crows. It closely associates with crows that are classified in the genus of Corvus. The raven has a heavier beak and bushier plumage than the crow, particularly around the throat. The raven’s glossy feathers are in blue or violet opalescence.

According to the appearance, they can be similar to crows but and they have just their loud and harsh “caw” which just sometimes irritate others. While ravens are unlikely to pick up human language and sounds. In imprisonment, they can become quite chatty. Interesting facts about these types of birds that even they become better mimic of human speech than parrots. Even they can copy the sounds from the human world like car engines to toilets flushing also. In the wild world, ravens also reproduce other animals sounds like wolves or foxes to attract them to tasty carcasses they are unable to break open on their own.

09: Ostriches have large eyes than any other birds

Ostriches are huge earth-bound birds of Africa which lay the largest eggs. They can run at the speed of 70 km/h they are famous as the fastest birds on the land. It is a world-widely farmed creature, especially due to its feathers as they are using as decoration and feather dusters also. Interesting facts that these birds’ feathers are also using for leather products. Ostriches are famous for eyes, they have big than any other creature. These are around the size of a billiard ball; their eyes are even bigger than their brains.

Kiwis are also flightless birds that exist in New Zealand. It is related to the genus Apteryx and the family of Apterygidae. It is around the size of a domestic chicken; kiwi is by far the smallest living ratite. Scientifically they have some mystified features which have feathers that feel like hair, heavy bones filled with marrow, and nostrils on the tip of their nose. Due to these features, they are sometimes known as the honorary mammals. Interesting facts about Kiwi birds that they are blind, that’s why they hunt through smell.

07: Parrots can learn hundreds of words

Some species of birds can copy sounds which they hear in their environment, and even imitate a few words also. Crow, mynah birds, ravens, and hummingbirds can all copy some of the sounds they hear in their surroundings. But interesting facts that the birds which are best at imitating human speech are parrots. They can learn hundreds of new words, and even they also understand the meaning of these words.

Penguins are a group of aquatic earth-bound birds. They live exclusively in the Southern Hemisphere, with only one species but, the Galápagos penguin exists in the northern equator. They have accommodated for living in the water. Most of them feed on fish, squid, and other forms of sea creatures that they catch while swimming underwater. They spend half of their lives on land and the other half part of their life in the sea.

Penguins can stand out on land, but underwater their black and white color assists them in camouflage from both predators and prey. During swimming, their black backs blend in with the darker oceanic water so that they’re hard to spot them. Their white chests assist them in blending with the lighter, brighter surface of the water, so from the below, they’re near-invisible for others.

Bar-headed Geese is famous for fly across the Himalayas, which is famous as the highest mountain in the world. They fly around 5 miles up in the sky, nearly as high as jet planes. It breeds in Central Asia in colonies of thousands near mountain lakes and winters. In South Asia, as far south as peninsular India. Interestingly, it lays around three to eight eggs at a time in a ground nest. It has identified for the thrilling altitudes.

Another one of the highest-hovering bird is Griffon Vulture. It is a huge Old World vulture that is related to the family of Accipitridae. Vulture is also famous as the Eurasian griffon. It is not to be confused with a different species, Rüppell’s griffon vulture. It is closely related to the white-backed vulture.

04: Pigeons were the radios during world wars

Another one of the interesting facts about pigeons birds which are used as a radio. In past, there was no fast communication facility so, that time pigeons were used to transport thousands of messages from the battle lines at the front. Interestingly, around 300,000 pigeons, used during World War I & II.

When we talk about birds first thing which comes in our mind is “flying” but you know not every bird can fly. Interesting facts about birds that some birds are related to earth like Ostrich, Penguins, and dodo birds.

02: The Oldest Bird, discovered during the Jurassic Period

The oldest bird ever acknowledged to humans lived around 150 million years ago during the Jurassic Period. Which is Archaeopteryx, this is one of the magnificent bird, it was the size of the current Raven.

01: Hoatzin Chicks are born along with claws on their wings

Hoatzin chicks have two claws on the side of each wing. When they climb to their nest, they use claws to hold on to mangrove trees. They also use them to pull themselves out of the water onto dry land. Their claws also assist them from predators. But interesting facts about these birds that they lose their claws after getting mature, but they remain poor flyers. They are reptile birds that are related to the species of tropical birds found in swamps, forests, and mangroves of the Amazon and the Orinoco basins in South America.