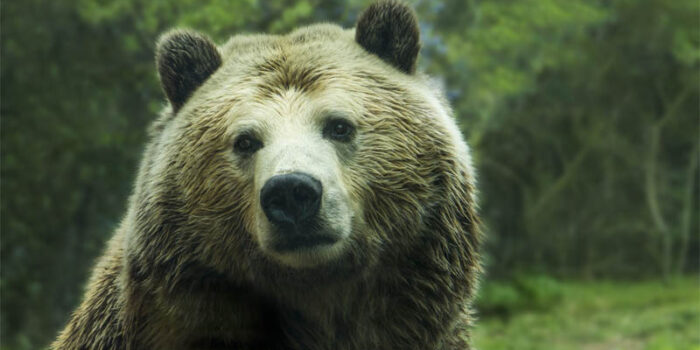 Bears are mammals found in all around the world. Approximately, there are eight species of bears like American black bear, Asiatic black bear, brown, giant panda, polar bear, spectacled bear, sloth, and sun bear. They are naturally live in the northern and southern hemispheres both and mainly America, Europe, and Asia. Bears can live as long as 30 years in the wild world. interestingly, one caged brown bear lived at the age of 47. According to interesting facts about the bear, they are among the most massive and powerful creatures on earth.

Almost all eight species of bears have roughly the same appearance: like the huge torsos, sturdy legs, thin snouts, long hair, and short tails. You know the bears walk flat-footed on the ground like humans but unlike most other mammals. Bears find in multiple colors due to species. Black, brown and Andean bears are red-brown to black; polar bears are mostly white to pale; Asiatic bears are black to brown with a white patch, and sun bears are brown with a yellow crescent on their chest. They also found in different sizes like sun bear is 47 inches tall and weighing 37 pounds and, the polar bear is nearly 10 feet tall and weighing around 1,500 pounds.

The majority of bears are omnivorous, so they get food from other animals, fruits, and vegetables. One of the interesting facts that but the polar bear is almost exclusively carnivorous, that just preying on seals and walruses, and the panda bear subsists entirely on bamboo shoots. You know the pandas’ digestive systems are relatively well adapted to eating meat also.

09: Cubs weight is less than human’s kids just after birth

At the beginning of life, mostly bear babies are blind, toothless, and weighing only one pound. Out of the bear interesting facts, they are typically born with one to two other siblings. So, the mother has to nurse them until May, when the hibernation periods end.

Interesting facts that bear has extraordinary senses than other creatures. They have far superior navigation skills to humans like they have excellent memories, huge brain-to-body ratio, and use tools in several situations in play to hunting.

Besides unusual qualities, the bear considers as a solitary animal. Almost all bears, from the polar bear to the panda, like to spend life alone. It is in their instinct that they love to live solitary and, most species are bears, especially giant pandas, who only have eyes for bamboo branches. According to the interesting facts of the bear, it prefers the company of a tree or a nice patch of ice rather than the company of another fluffy bear.

Bears hibernate in winters, and during this period, a bear does not defecate. Interesting facts about that during hibernation a bear body can somehow recycle body waste into protein. It is an interesting process that scientists still do not understand. But not all bears hibernate in this season. Just Asiatic, American black bears, some cold environment brown bear species, and pregnant polar bears hibernate. The other bears which live in warm places like Sloth bear that has abundant food, so they don’t need to hibernate.

Polar bears look nice and clean due to their white fur but, the dirty truth is they have stinky feet. Journal of Zoology published an article about the polar bears that they use their feet to leave scent markings. Polar bears have a very huge land, and scientists believe that a combination of sweat glands on their paws, and using their paws to grind urine into the snow and ice, is a suitable way to mark their area. This means polar bears are marking their area simply by walking around.

04: Mother bears care for their offspring

Mother bears always tend to be affectionate, defensive, keen, strict, sensitive, and attentive toward their cubs. They raise their cubs to an average age in which they can survive on their own. It also depends upon the abundance of food, particularly grizzly mothers may keep their yearlings a second year, denning together again and breaking up in the third year as well.

One of the interesting facts about that is that you can calculate the bear’s age through its appearance. The most precise way to tell the age of a bear is to count the rings in a cross-part of a tooth root through a microscope. The outer part of the root is called cementum that increases a new layer each year on the bear’s teeth.

In Asian states, bear cubs are often taken from their mothers at an early age to be competent as dancing bears. As bears are smart creatures so they can stand up on their hind feet, makes it possible for them to shuffle in a way that seems somewhat like dancing.

In China, now around 8,000 bears are kept on farms that are specially made for them. Interesting facts that bear is kept here in custody so that bile from the gallbladders can be extracted for medicinal use. The bile is detached from the live animal through a catheter surgically implanted into the gallbladder.