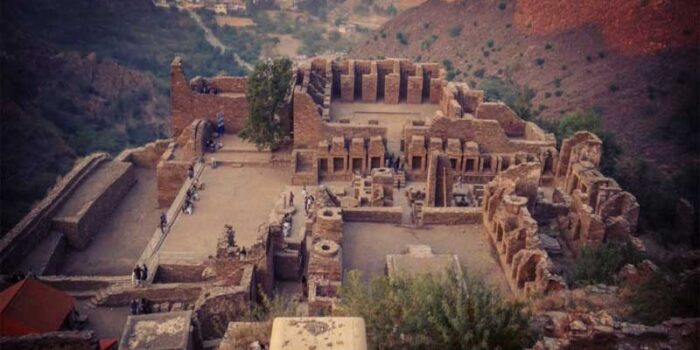 Libya counts in the hottest climatic countries in the world. It is the 4th biggest country in Africa and 16th in all over the world. According to the survey in 2018, Libya’s population was 6,871,292. As a result of harsh weather country, experiences conflict precipitation, unpredictable climate, and severe hot temperature. It also recorded as the most scorching country on the planet. One of the hottest temperatures recorded here in the Aziziya town of Libya was 57°C and mostly moderate temperature recorded as 22.63°C. Due to the high temperature, its people face serious skin diseases and blisters. It is a desert type country so there is less greenery.

Saudi Arabia has vast dessert and broad rich standards of living, no one other country like it. It also reckons in one of the hottest countries in the world. Whatever its citizens have ample comfortable facilities to beat the harshness of weather. It locates in Western Asia comprising the mass of the Arabian Peninsula. According to the survey in 2019, its residents were 34,218,169. In summer the recorded temperature was 54 degrees. It is mostly comprised of deserts that’s why its earth is not suitable for agriculture and we find no greenery there.

Iraq is located in the continent of Asia; it also consists of the hottest countries. One side is experiencing high temperature and another side is a war-torn place. Its northern area has vast mountains where in winter fall snow in that specific time but, the overall year it faces harshness of weather. It is also one of the populated countries having around 38,433,600 estimated in 2018. The maximum temperature recorded at almost 48°C.

Algeria is a northern African country is famous for its high temperature all over the world. That may be due to deserts in-country therefore, the temperature raises high throughout the year. It has also snow-capped mountains but mostly the country is warm and dry. In 2019, probably the population was around 43,000,000. Its temperature rises from 50-53°C. Consequently, it reckons in the hottest countries.

Emirate of Dubai is the most populated emirates; according to the evaluation of 2019, its total inhabitants were 4,177,059. Over its entire climate is hot because of deserts in the whole emirate. It experiences two distinct seasons like summer and winter. Dubai’s climate is mild in summer in comparison to other Gulf cities like Kuwait, Riyadh, etc. This city has a high amount of humidity which makes the weather so harsh and bears the scarcity of rainfall. In summers, the recorded temperature was above 40°C, which comprises it in the hottest countries.

Read More: 10 Most Dangerous Jobs in the World

It consists of those countries which have a climate where the winters are extremely cold and the summers are awfully hot, Iran is one of them. It is placed in the Middle-East in the continent of Asia. Iran’s northern regions, flanked by mountains, therefore, are usually cool, where temperatures do not surpass from 29°C even in summer. But the southern parts are tremendously hot. The temperatures here exceed up to 50°C whereas the standard temperature in summer day is 40-45°C. The country is arid thus; the people have to bear some difficulty to do tasks normally in the hot summers. Hence, it also one of the hottest countries all over the world.

Somalia is a highly populated country having 15.1 million populations. Hence, it consists of those countries which face the worst scarcity of food and droughts. Besides these problems, it faces the harshness of weather as well. It counts in the hottest countries in the world. Just its average weather exceeds up to 50°C. It has little rainfall throughout the year that’s why its people face severe verge of starvation because no food grows due to a shortage of irrigation.

When summer season comes in India, its temperature exceeds up to 50°C. Whatever, instead of the presence of the Himalayas in the northern side of the country which is known as the coldest mountain range, India is not able to stop hot blustery weather. This is also one of the overpopulated and hottest countries in the continent of Asia. It has dense population about 1,352,642,280. The winters are just as pleasing as unpleasant is the summer season. Thus the country receives precipitation and comfortable winters. So, the summers are just a temporary period here otherwise the coastal regions are better in another season.

The Arab state of Oman is familiar in the richest countries in the world, but as well as it consists of one of the hottest countries in the world. Oman faces hot high temperature for approximately 5-6 months in a year, and it records a high temperature around 50-53°C. Due to a rich country, it has many facilities to bear the harshness of weather. it can easily help the people of the country to battle against the harsh weather.

Pakistan is also included in one of the hottest countries on the earth. It exists in the continent of Asia, with a highly populated country. It has around 212.2 million populous regions. Pakistan recorded its highest temperature of 53.5°C in May 2010. Its northern side experiences cold climate mostly and, even in summers, it has comfortable weather. But other parts of the country face harsh climate in summer up to 38°C in plains.