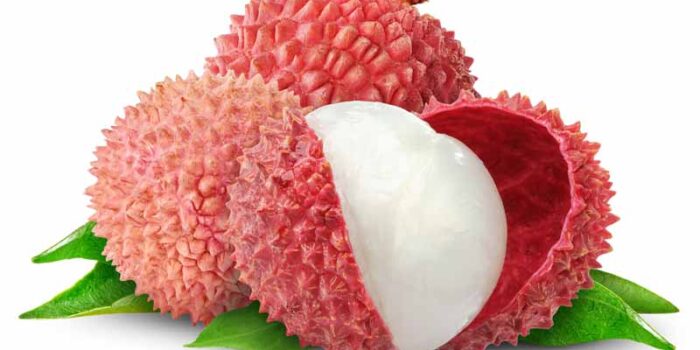 No doubt, fruits are beneficial for us they have a complete diet in itself. But some fruits can rapidly become deadly if you take a large amount of intake of it. Many fruits and seeds comprise a small amount of cyanide and other poisonous elements that can be difficult for someone to even create fatal consequences for us. Now a question is aroused which fruits are deadly or dangerous for us. Some fruits may we have heard before but some we don’t know. Now I am going to tell the 10 most deadly fruits all over the world. That creates discomfort so we should lessen its intake or stop eating them.

Apricot acknowledge as one of the tasty and healthy fruits in the world. Even its seeds used for multiple purposes like ingestion and curative in cancer because it comprises a high quality of Vitamin B17 which can help to boost our immune system. Maybe it some amount is not risky but its high dose can be fatal. For the reason, that its high amount makes tremendously harmful cyanide. It can cause nervousness, low blood pressure, or even death. Its seeds are now banned in the US and European Food Safety Authority specially warns it uses in Turkey where its seeds are usually used that can cause cyanide poisoning in offspring. Hence, apricot seeds consist of deadly fruits

Have you heard about a yellow star fruit? They look pretty and good in taste. Star fruit has some benefits for healthy people like it finds low in calories, high fiber, and Vitamin C that contains essential elements for the body. But wretchedly, it has a dangerous side for kidney patients because it has a high quantity of oxalates that is not good for the kidney. Taking a high amount of star fruit can lead to kidney damage, seizures, and even death. So it is one of the deadly fruits.

Ackee is another yummy fruit of Jamaica. Hence it is a national fruit that why they take it daily. Its improper intake is very hazardous. Immature fruit may cause vomiting that can lead to coma or even death. Because it has hypoglycemia which is venomous for the human body and it consists of deadly fruits in the world.

Elder blueberries that hang with bright red branches of trees use in jellies, jam, or tea. Although ripe berries are edible, and its unripe berries and other parts of the plant are extremely harmful which have toxic properties of diarrhea, vomiting, and nausea. So, it exists in deadly fruits.

Manchineel fruit is round in shape and looks beautiful. It is also called “beach apple”. Now its Spanish name is “manzanilla de la Muerte” which means little apple of death. Due to its toxic reasons, it acknowledges as fatal or deadly fruits in the world. Its tree has white milky sap which comprises various toxic that lead to blistering. To touching its tree is also dangerous for anyone and its burning cause tremendous irritation in the eyes.

Jatropha is a flowering plant of Spurge family, “Euphorbiaceae” derived from Greek word means physician, it is universally known as a physic nut. Jatropha is one of the deadly fruits in the world. Its stems use for making baskets by Seri people in Mexico. Stems also roast for multiple processes. It is well known as vomit nut its intake can cause a burning feeling in the throat and noticed abdominal pain also. Most severe causes noticed like dehydration and cardiovascular collapse.

Throughout America, Europe and North Asia notice yew red blood berries. Yew tree looks harmless with its green leaves and its berries look yummy and delicious. These fruits itself are not deadly except its leaves and seeds. Because its seeds and leaves can be dangerous and harmful for humans. Normal symptoms of Yew berry tree are diarrhea, headache, stomach ache, dizziness, and muscular weakness can lead to severe problems in breathing, irregular heartbeat, and even death.

Lychee is a beautiful and sweet fruit that seems safe but, eat before ripe it has toxins that can be caused by extremely low blood sugar. For those persons who have already low blood sugar levels. These toxins can lead to several problems that cause fever, encephalopathy to death. May you memorize the mysterious disease in Indian kids every year? Researchers finally tracked down the reason for immature lychees recognizes as deadly fruits.

Raw cashews have a compound that makes harmful poison ivy. It can cause serious skin rashes that can be toxic when intake heavy amount. You are speculating why have you have been eating cashews that labeled “raw” didn’t experience any trouble. Because all marketable cashews actually, cooked to remove shells. So uncooked cashews can consist of deadly dry fruits in the world.

Naturally, sweet sugar cane is itself not harmful but when it stored for a long period it becomes deadly and dangerous for anyone. Because fungus creates poison that can cause a variety of unpleasant things in humans from vomiting to death. So its juice store for long times consists of deadly fruits in the world.