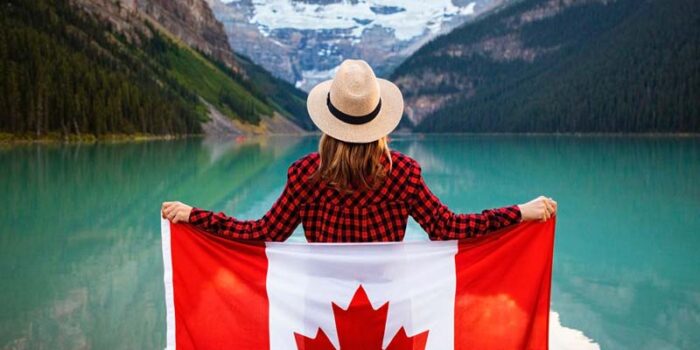 There are around 195 countries with billions of population, size, mass, etc. Some countries have a huge mass of area but perhaps, some just chunk of a whole world. These 195 countries almost have distributed among 5 continents. Our Earth has consisted of 30% on the lithosphere (land area) and 70% on hydrosphere (water). Today we shall discuss the 10 largest countries according to their mass of size in the world.

Algeria officially calls “The People’s Democratic Republic of Algeria”. It is on the continent of Africa and the 10th largest country in the world. The official languages of Algeria are Arabic and Berber but French also is speaking here. The total area is 2,381,741 km2 and its 90% area comprises the desert. Its capital city is Algiers. It is an Islamic state and the majority population is Muslim here. The total population of the country is 43,053,054.

Officially this country is known in the world as the Republic of Kazakhstan. It is a transcontinental country because of its huge part placed in Asia and the rest of the western part in Eastern Europe. The 9th largest country in the world Kazakhstan is a land-locked state. Different religious persons living here but 70% population comprises Muslims. The total mass of the area is around 2,724,900 km2 and 18 million people living here. Its capital city is Astana.

Argentina exists in the continent of South America and officially known as the Argentina Republic. It is the 8th largest country around the world. The majority of the population is Spanish speakers even though, there is still not declared as the official language of the country itself. The documentation, laws, and every official work are done in the Spanish language. The total area of the country is 2,780,400 km2 having 45 million population. Roman Catholicism is the primary religion due to 63% majority related to it in Argentina. The capital city is Buenos Aires.

India is officially known for the Republic of India and exists in the continent of Asia. It is in the 7th largest countries on the planet having 3,287,263km sq. it is also one of the most inhabited countries containing 1 billion populations. New Delhi is the capital city of the Indian state. 80% population comprises Hindus but minorities also living there. The official languages are Hindi and English. It has a vast geographical area having mind-blowing Himalayan Mountains.

Australia is formally known as the “Commonwealth of Australia” and exists in the continent of Australia. This state is the island continent it seIf. It is the 6th largest country in the world by the total area of 7,692,024 km2. It is the utmost state in the world having unique places. Canberra is the capital city of Australia. Numerous religious persons are living there including Protestant, Roman Catholic. The Prime language of the country is English and all documented work is done in this language. 22.6 million people living there in a vast state.

Brazil is the 5th largest country in the Earth that publicly known as the “Federative Republic of Brazil”. It is also the most populated country in the world has 211 million people living there. As well as it consisted of the largest countries with the huge mass of area around 8,515,767 km2. Brasilia is a capital city of the state and the majority is associated with Catholicism. Brazil is famous for lively festivals, extraordinary beautiful beaches, and as well as a gigantic population. Portuguese is using as an official language of the state. It exists in the continent of South America.

The United States of America comes in the list of 4th largest countries in the world. It is formally called America or U.S. America is having 50 states and exists in the continent of North America. The total mass of the area is 3,796,742 sq mi. Washington is the capital city of the state that only has 7.6 million population. No doubt in concern of population it comes in 3rd populous country. Protestant and Roman Catholics are primary religions of the country. Furthermore, the official languages are English and Spanish. America is famous for several great things like World Power, the oldest democratic and the world’s biggest economic country.

The world’s populated country comes in 3rd largest country of the Earth via land size. China formally calls the People’s Republic of China. Chinese is the official language of the country as they give prestige to its language. China also shares its border with 14 diverse countries like Russia and Asian countries. China has exclusive geography which is vast and abundantly gifted with nature’s best gifts. Beijing is the capital city of the state. China, debatably the most technologically inclined state in the world and a competitor with America for World Power. It has a huge area of mass approximately 9,596,961 km 2 with a vast population of around 1.428 billion estimated in 2017.

Canada is the 2nd largest country in the world lies in the continent of North America. It has a huge area of mass around 9,984,670 km2 with 10 provinces and 3 territories. Each person living in Canada has 61 acres of land of space. This state is abundant with marvelous lakes. Around 38 million people are living in a giant state. The prime language of Canada is English and French. The majority population has associated with Catholic, Protestant religion. Ottawa is a capital city of sate having scenic beauty. Canada’s traditional head is Queen Elizabeth II and we shouldn’t surprise because Canada was once an element of the British Empire.

Russia, as we all acknowledge as a new country, that is born out of the Soviet Union’s collapse in 1991. It officially known as the Russian Federation and also a transcontinental country as it placed in Eastern Europe and Northern Asia. It lies in the list of the 1st largest countries in the world having 17,098,246 km2 mass of area. Moscow is the capital city. The primary languages of Russia are Russian, Tatar, and Chechen. Majority of the population, associated with Russian Orthodox and Muslims