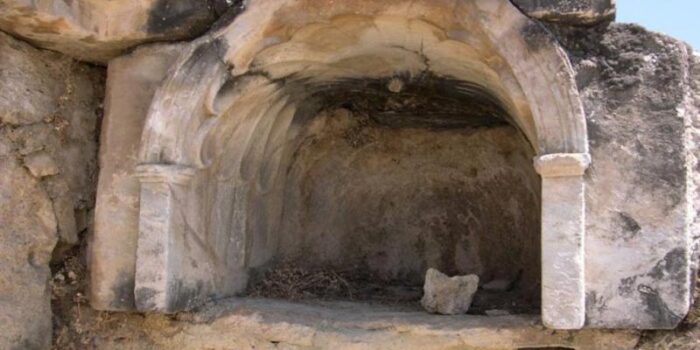 Normally we hear about some interesting, beautiful, ancient places where we can visit but the thing about those places that are forbidden in the world. There is no allowance for common people. For example, these can be military bases where civilians, not allowed to enter, some historical places that can be ruined by humans or included paranormal sites. Today we shall talk about those places that are forbidden for common human beings in the world.

This place contains essential state credentials, documents, important letters, account books and other noteworthy papers that accumulated in the church over centuries. Vatican Secret Archives counts in one of the top 10 forbidden places in the world, where common people, not permitted to go. After 1881, according to orders by Pope Leo XIII, he allowed just some researchers to visit here for research. Here just some highly academic researchers are permissible to enter under strict limitations.

Every UNESCO World Heritage Sites are not open to the general public. In one of the Lascaux Caves located in France. Since 1963, these caves have consisted of forbidden places in the world. These caves have serious threads by a sequence of fungal attacks, because of a huge crowd of visitors. These caves have preserved approximately 900 illustrations of ancient art during the period of Paleolithic. Now, these caves have just access to these security guards. They can come to caves only once in a week for a few minutes.

It is a small Island having blue water in Bengal, India. On this island, the Indigenous population spends life here and called sentinels. They rejected any communication with the outer world. These have consisted of 50-200 people they don’t allow any visitor or any other person to enter in their island. This consists of one of 10 places where any government didn’t prohibit any person but their people do. When anyone wants to enter this North Sentinel Island they simply shoot arrows on them so, it is impossible to enter here and survive the encounter. So you must not take a risk and avoid visit this type of forbidden places in the world.

Russia, being the biggest state in the world hence it has a lot of wonders. One of its sites Mazhgorye included in mysterious and paranormal places. It closed town hidden in the Southern Ural Mountains. We have not 100% surety that why this place surrounds this type of Secrecy. According to some reports that it is a nuclear missile site that has automatic missiles controlled by the remote system. It is one of the forbidden places in the world to enter for the common public. But the government didn’t give any comments about this site. So we don’t know about it.

Poveglia is a tiny shutter island located between Venice and Lido. Until 1968, it used as a mental asylum. In the past, it also used as a plague quarantine place and hosted during the period of Black Death and Bubonic contagion. More than 160,000 people were sent there before their death or perhaps their bodies also burnt there. According to the report may be its soul has humans remaining elements. This place suspected as a paranormal site. Now it consists of forbidden places in the world for visitors and called a spot of “Peace and Serenity”.

The renowned top secret method of making Coca Cola is one of the world’s most extremely trade secrets this secret is keeping in the Coca-Cola burial chamber in the World of Coca-Cola Museum in Atlanta, Georgia. Almost 125 years of history, recognized as the best keeping secret. Due to the concern of its secrecy, for the general public is forbidden here.

Snake Island situated almost 90 miles away in Sao Paulo. It has numerous poisonous serpents. That’s why this Island recognizes as the deadliest in the Earth. According to researchers there are almost 4000 snakes live here with poisonous qualities. They are as much venomous that their poison can easily dissolve human being flesh. Just scientists allowed to go there with precautionary measures and it consists of forbidden places in the world for the general public.

Area 51 is a private area on Nellie Air force Range and nobody knows behind its story. Maybe the CIA involved here but they didn’t give a permit to know about the secrecy of its existence until 2013. Perhaps this place used to check the weapons and aircraft or another secret reason behind it. But whatever this consists of forbidden places in the world and you will never get a chance to visit there.

The Pluto Gate is in Turkey that well known as the historical city of Hierapolis. Italian archeologists discovered it in 1965 but furthermore, it explored in 2013 by Francesco D’Andria. Now it is impossible to go there because it considered the most dangerous place. Once historian Strabo made an experiment on Sparrow. He threw it here and immediately it fell down and died. So it is difficult to survive in its environment. A scientist in 1965 confirmed that when the temperature decreases the CO2 becomes heavier than air that’s why this site is dangerous in the night than day time Because in the day time sun dissolves the gas. So it included in the list of forbidden places in the world during the day time.

The Grand place of Shrine is a vital site for Shinto religion. This shrine built to give honor to Amaterasu (a goddess of the sun). The surprising thing is that this shrine built without the usage of a single nail. More interesting thing is that it rebuilt almost every 20 years later. For keeping save this place only priests and imperial families can go to this shrine for concerning its safety. So it also counts in forbidden places in the world.