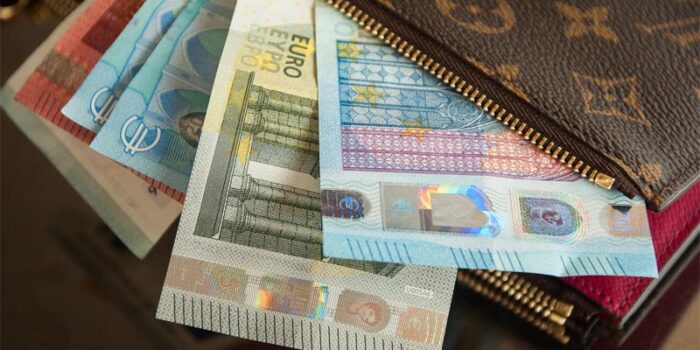 It counts in one of the superstitions all over the world the first person who enters your home after the stroke of midnight will influence the new year. Preferably, the person should be dark-haired, tall, and good-looking. It would be better if he comes along with small presents such as a lump of coal, a silver coin, a slice of bread, and some salt. It has admitted that blonde and red-colored headfirst footers bring bad luck, and female first footers should be scrammed away before they bring tragedy in someone’s house. So, don’t let them near your door before a person approaches at your entrance.

Another one of the superstitions about the new year is that make noise as much as you can at midnight. In this way, you can scare the evil spirits. Because evil spirits and the Devil hate loud sounds. So, according to the superstitious in new year’s you should celebrate by making noise as much as possible. It is not just as an expression of pleasure at having a new year at our disposal, but also to make sure Old Scratch and his minions don’t stick around.

Another one of the superstitions about the new year which everyone thinks true is that babies who born on the 1st January are luckiest. This day will always bring good luck to them.

On the first day of the new year, you should wake up early. We know it’s the last thing you want to do on the 1st of January but it is a Polish tradition. They wake up early on that day means you don’t need any alarm all year round.

Another one of the superstitions has linked with the new year is that you shouldn’t cry on the first day. If you will cry, then you have to cry throughout the year. So, try to avoid it.

If you love to visit places then, resolve in the new year of visiting your desired places. It is one of the superstitious that in Colombia, people walk around with an empty suitcase on New Year’s Evening. Because they believe that in this way they will travel throughout the next 12 months.

7: Toss some dishes at your neighbor’s house

It is one of the Danish traditions and superstition which encourages them to break dishes on the doorsteps of their friends and family for good luck. Interestingly, the more entrances you will hit up, the luckier you’ll be. But if you are living in America, I’d give your loved ones a heads up before you bring this custom across the pond because they might not appreciate this act.

8: Pop the door opens at midnight

In the Philippine Islands, people open all their doors and windows in their homes during midnight so bad feelings will clear out and good luck can come inside. So, just let a bunch of cold air into your home in the middle of winter. This might not sound super fun for you, but surely it will bring happiness for you throughout the year.

You perhaps know that what you eat on New Year’s Day matters a lot if you’ve ever lived in the Southern United States. It is one of the superstitions that green food will bring money for you. Green peas are a sign of prosperity. So, on new year’s day stock your plate with collards and black-eyed peas, these both will bring a lot of wealth for you.

10: Put Cash in Your Wallet

In new year’s night, it is believed that if you want to become a millionaire and want prosperity in your life. Then go to the ATM and fill your wallet with cash as much as you can. Because throughout the year this act will bring a lot of money for you. And your wallet will be always filled with money throughout the year. But keep this thing in your mind that don’t give loan out any money on New Year’s Evening or New Year’s Day. Because this thing indicates that your next full year will spend like this. Plus, don’t start the year with any unpaid debts, or you could set an example for the upcoming months ahead.