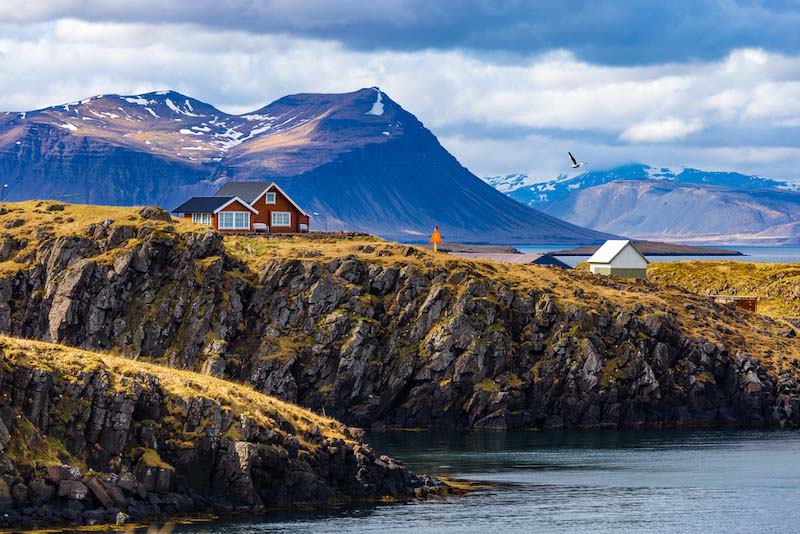 The Czech Republic has a short-form name is Czechia, which is a landlocked state of Central Europe. It has hilly landscapes that cover the total mass of the area around 78,866 square kilometers. This state considers one of the peaceful countries according to GPI. The Czech Republic lies in a developed country with a strong economy as well as the welfare state. It has a temperate climate due to landlocked country but, there is a high difference between summer and winter temperature. If you are planning your holidays then you must go there, very beautiful and eye-catching landscapes and peaceful environment will make your vacations pleasurable.

Japan is an Islandic state in Eastern Asia. It has a total mass of area is around 377,975 km2. It is one of the most peaceful countries around the world. Japan has consisted of fascinating countries both culturally and traditionally. According to GPI, a safe state in many aspects. It has a low crime rate here doesn’t main conflicts with its neighboring countries.

Slovenia is formally known as the Republic of Slovenia. It is placed in Europe at the crossroads of chief European cultural and trade paths. Mostly it has a mountainous landscape having a continental climate. It ranks in 8th peaceful countries according to GPI analysis. Slovenia is a developed economical stable country as also comprises in the 2nd richest countries of the Slavic states by gross domestic product. It is a good destination for planning vacations because it has a vast variety of natural and cultural features. It’s tourist gravitational zone is large yet, the tourist market is rather small.

Singapore is considered as the 7th peaceful countries according to the estimation of Global Index Peace (GDP). It has an extremely developed country according to a market economy. Economically it is the most stable, innovative, competitive, dynamic, and commercially friendly state. It is also the foremost international transportation center in Asia, serving as the busiest sea and air trade routes. The tourism market is also demanding due to its fascinating spots.

Canada is having one of the best standards of living around the world, It is at 6th number on the list of most peaceful countries on earth rendering to GPI. So, if you’ve ever been to Toronto or roundabout Niagara Falls, you can realize why Canada is so overwhelming, Clean,  Assorted, stunning, and everyone seems to get along.

Read More: Top 10 most hazardous bridges you shouldn’t use

Denmark is holding the rank of 5th peaceful countries according to GPI. Consistently it lies in the safest and best in the economical business state around the world. Hence, Danes enjoy a high standard of living and the republic is placed in high metrics of national performance, including education, health care, democratic governance, LGBT equality, wealth, and human progress.

Austria considers as the best and peaceful country according to the analysis of GPI. Here freedom of speech is highly valuable. It is a landlocked republic and composed of nine united states. Consistently it lies in highly developed countries due to its extremely commercial economy, and well-developed social market economy.

Despite the financial crisis and social conflict Portugal in the past. It is still one of the safest and peaceful countries according to GPI Standards. It modernized in the last decades of the 20th century, growing its economy from one based mainly on textile productions and livestock raising to comprise a wide range of manufactures and facilities.

New Zealand mostly ranks at the list of 2nd most peaceful countries around the world. It is continuously receiving as the top scores such as regard as Human rights. During an age when financial and political conflict is making itself felt throughout Europe and the US, New Zealand seems to be an ideal destination for living and tourism.

No doubt, Iceland always tops at the list of most peaceful countries according to evaluation by GPI. This state is indeed a safe place to spend a life. No doubt it has many attractions regarding its people and magnificent spots. If anyone wants to enjoy its tourist destinations, he must go and enjoy it there.

Top 10 most beautiful places in Cyprus

10 Superstitions about the new year, everyone thinks are true

The Effects of Global Warming on Animals