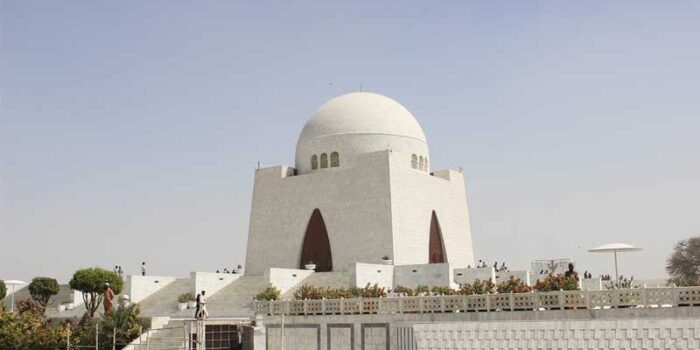 The tomb is a final destination of famous personalities who buried there. Generally, it enclosed with an interment space or burial chamber of varying sizes. Now we shall talk about the 10 most famous tombs in the world.

Taj Mahal is a famous historical tomb in the world located in Agra, India. It built in the 16th century. Its construction started in 1632, and that completed in 1653. Mughal emperor Shah Jahan built this tomb for his beloved wife Mumtaz Begum. The Taj Mahan recognized all over the world as a “sign of love”. Now, it has under the sites of UNESCO as a world heritage site in 1983. It is one of the most famous tombs where thousands of people come in a year. According to estimation in 2007 the Taj Mahal declared as a winner of the New7Wonders of the world that attracts 7 to 8 million people annually.

Lenin Mausoleum is also one of the famous tombs in the world. Lenin Mausoleum is located in the downtown of Moscow. The Great Vladimir Lenin’s body rests over here, who died in the year 1924. The temperature has been kept 16 degrees Celcius and humidity has been kept 80% to 90% respectively for the preservation of The Great Vladimir Lenin’s body. It goes through a chemical bath after every 1 year and 6 months later. Furthermore, It is a sacred place for the Russian people and also the most famous tombs in the world.

Castle Sant’Angelo also recognized as the Mausoleum of Hadrian. It is tubular and placed in Rome. Originally, Roman ruler, Hadrian built it for himself and family but later it used by the pops like a fortress. Now it is a famous museum that constructed between 123 to 139 A.D. Tombs decoration has been lost since it converted to the building of military Fortress in 401 A.D. It decommissioned in 1901 as a fortress and now it is a museum that received the visitors in 2016 was 1234443.

The tomb of Cyrus is on the outskirts of the Pasargadae in Iran. During the 6th century, Cyrus The Great recognized as the finest ruler of the Persian empire. Alexander the Great has visited the tomb of Cyrus, he ordered one person of his army to enter in his Mausoleum. When he entered he found a Gold bed, a table set, gold coffin, and some ornaments. According to them, there was an inscription but now nobody knows about it.

Shah e Zinda considered a holy place between 14-19 centuries. Shah e Zinda means The Living King that connected with the Legend Kusam Ibne Abbas” (cousin of Hazrat Muhammad PBUH) ” who buried here. He came here with the Arab invasion to preach Islam in the 7th century. Its complex structure built-in 3 compartments like lower, middle and upper that connected with 4 arched dome that called by local people “Chartak“.

The Tomb of Jahangir specially built for the Mughal ruler Jahangir in the 17th century. It is in Shahdra Bagh Lahore along the banks of river Ravi. This place is popular due to its interior beauty that, embellished with frescoes and marbles. Its outer side renovated with”Pietra dura”. It stands in the center of the garden with 4 tall minarets.

Catacomb of Paris consists of a tomb that holds almost 6 million people in a small portion of a tunnel. it expanded to the south from the Gate of Hell. This ossuary created by the effort to control the city’s overflow cemeteries. it established in 1810. Sadly, this place remained forgotten for a long time until 19 century when it converted into a concert center and private place.

The mausoleum of the First Qin Emperor situates in Lintong District Xian Shaanxi called the final destination province of China. This mausoleum built almost 38 years ago. It placed underneath a 76 meters tall tomb mound that shaped like a truncated pyramid. Almost four decades ago the archeologists have excavated the tomb they revealed thousands of terracotta soldiers with their horses and weapons. Even many soldiers are waiting for excavation.

Mizar-e- Quaid recognized as the Jinnah’s tomb. Here the great leader Quaid-e-Azam buried and it is the final destination of him. It designed according to a modern layout and accomplished in 1971. Quaid’s tomb is almost 43 meters long and the total on the floor is 3100 sq m. It situated in Karachi which is the popular and biggest city in Pakistan. The tomb surrounds a huge garden according to the neo-Mughal style in the center of the city.