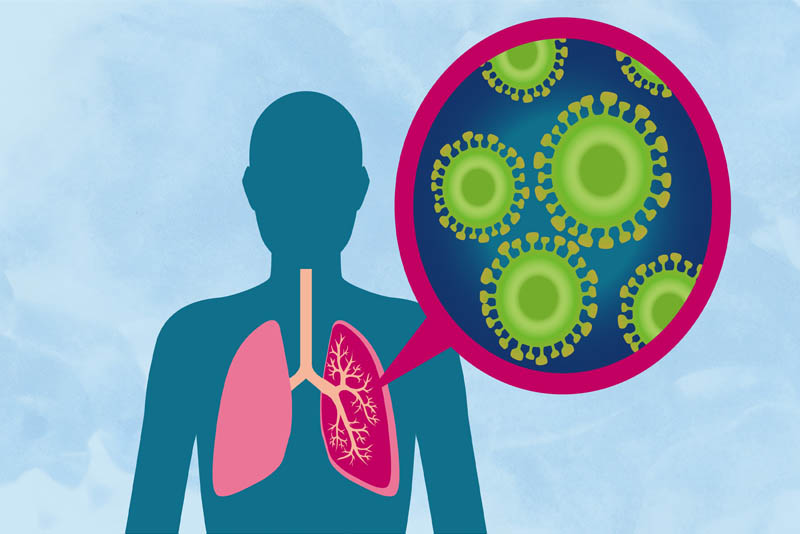 Dengue fever is a special mosquito-borne epidemic caused by the dengue virus. It had killed almost 40,000 people in a year. In this disease, a person experiences high temperature, headache, vomiting, muscular and joints pain as well as a skin rash. Its symptoms starting to appear around 3-14 days after infection. Many people have recovered from this deadly disease in around 2-7 days but still, there are many countries don’t have the vaccine of this infectious disease. It considers in most deadly diseases in human history because it can lead to severity including bleeding, low levels of blood platelets, and blood plasma leakage.

Tuberculosis is an infectious fatal disease, currently which took around 2 billion people. It is caused by the bacterium Mycobacterium tuberculosis, usually, it attacks the lungs, and that caused by bloody cough. This is an airborne disease that generally spreads by air. It considers as most deadly diseases, although it is curable now, the patient requires a costly 6 months course that is not possible in many parts of the world.

Influenza usually known as flu; it is also considered as infectious deadly diseases caused by the influenza virus. Its indications can be minor to severe. It’s the most common symptoms that have been seen in history are high fever, runny nose, sore throat, muscle and joint pain, headache, coughing, and tiredness. These symptoms begin to show after two days of infection. It also transmits through the air like TB, but sometimes prevail through the contaminated surface. This disease can be deactivated by frequently washing hands and keeping clean.

It got the name from the River Ebola River in the Republic of the Congo, where it was first experiences. It is also in most deadly infectious diseases in human history. This virus spreads very quickly, it overcomes the human body’s immune system. Normally symptoms found in Ebola’s infectious person are fever, muscular pain, headaches, weakness, diarrhea, vomiting, and abdominal pain. In severe stage patient experiences bleeding from the nose and mouth this condition known as a hemorrhagic syndrome.

The Ebola virus spreads from person to person through bodily fluids, and a fit person can contract the virus by coming into contact with an infected person’s blood or by touching surfaces that containing these fluids.

Ischemic heart disease also considers as Coronary heart disease that contains the reduction of blood flow to the muscles of the heart is the result of the build-up of plaque in the arteries of the heart. It is the type of cardiovascular disease, the patient experiences chest pain or uneasiness which may shift into shoulder, arm, back, neck, or jaw. Generally, these symptoms appear with exercise or emotional stress, last less than a few minutes, and recover with rest. The patient also feels shortness of breath in this condition but sometimes no symptoms appear at present. It considers the deadliest diseases in human history as it had taken many precious lives in the past.

Severe acute respiratory syndrome (SARS) is a viral epidemic that suffered many people in the past. This epidemic considers in deadly diseases in the human history of the world. Its last case occurred in 2003 in humans. It is produced by a virus that takes over your body cells and uses them to generate duplicates of itself. It is also linked by coronaviruses, which prevail the reason for the common cold. This virus also spreads like a corona virus-like when people cough or sneeze in air, spraying tiny droplets of fluid having virus transfer to other with 2-3 feet. Since 2004, no cases of SARS have been seen all over the world.

Pneumonia is an inflammatory state of the lungs that affecting mainly the small air sacs known as alveoli. It is a bacterial virus that a fatal killer of children under the age of 5 years. This virus inflames the lungs and spread by multiple viruses. It considers in most deadly diseases of children but it can affect adults also. The patient feels cough, chest pain, temperature, and difficulty in breathing. Luckily now its treatment is available. Most deaths have seen in underdeveloped countries.

Lung cancer also called lung carcinoma; is a type of lung tumor that affects almost 1.6 million people annually. Worldwide it is considering as most deadly diseases in human history that responsible for the high death rate. The common indications are bloody cough, weight loss, shortness of breath, and chest pain. Most deaths are seen due to using tobacco smoke, so for minimizing the death rate, we should stay away from tobacco smoke at every cost.

HIV is a common type of virus that leads to AIDS. It is killing around 1.6 million people per year. It causes by progressive failure of a healthy immune system and allows life-threatening infections that prevail in cancer. Sadly, still, there is no proper treatment being available still yet. Approximately 38 million people have killed across the globe due to this disease. initially, it reported in 1981, that it considers deadly diseases of human history.

Now no one is unfamiliar with this epidemic that recognizes as COVID 19. It is an ongoing epidemic that caused by severe acute respiratory syndrome. This virus is almost the same as SARS which created destruction in 2003. Its symptoms are the same as SARS in which patient experiences cough, sneezing, body aches, and prevails with close contact with infected persons. Corona has infected an enormous amount of people but luckily 1.63 million people have recovered. It is also one of the deadliest diseases, a person can escape from it by keeping clean, use precautionary measures, and maintain social distancing.

10 most beautiful female animals around the world

Top 10 Peaceful Countries According to GPI

10 most advanced and well-equipped hospitals in the world

Top 10 most hazardous bridges you shouldn’t use

Top 10 longest rivers around the world