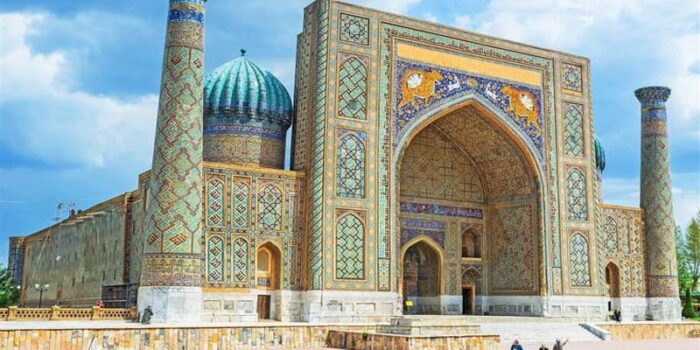 An area or landmark designated by the United Nations Educational Scientific and Cultural Organization (UNESCO) usually calls a World Heritage Site. UNESCO protecting these landmarks legally due to cultural, historical, and scientific worth. Mostly these sites have preserved according to human interest. For a long time ago, these places excavated and rediscovered in front of a world because many astounding sites were forgotten in the past. Even many of these sites redesigned by UNESCO. Below is the list of 10 incredible world heritage sites.

Machu Picchu is a wide mountain ridge in Peru that having a total area is 2430 meters. It constructed on the dense mountainous range high above the Urubamba river. It recognized as one of the most magnificent archeological sites in the world. Many archeologists admitted that Machu Picchu constructed as a state for “Pachacuti ruler” between (1438-1472). This place was unfamiliar for the Spanish people throughout the colonial era and even for the external world. Even an American historian Bingham brought it in front of the international world in 1911. Most of the people come for the purpose of visiting Machu Picchu. Adventurous travelers choose hiking and camping to reach this site or some just take a bus take from the small town of the hill. In 1983 recognized as an incredible world heritage site of UNESCO.

Angkor watt is a famous Buddhist temple in Cambodia. Initially, it was a Hindu temple later, it dedicated to god Vishnu for the Khymer empire. At the end of the 12th century, it transformed into the Buddhist temple. In its surroundings, there is a unique style forest that is not too far from the Sien Reap. Angkor watt is well known for the world’s largest monument. Before the 15th century, it was the largest city when it declined. UNESCO world heritage site designated it in the year 1992.

Most famous China’s great wall generally built for the protection and safety of china from numerous nomadic groups. Firstly, it built in the 7th century by the historian Chinese state. Later several Chinese dynasties continued to build its various parts but the most famous section of the wall built in the Ming dynasty. It stretches approximately 6000 KM like a snake way through forests and mountains. In 1987 it has consisted of the UNESCO incredible world heritage sites.

Borobudur is one of the famous Buddhist temples in the world. No doubt it consisted of Indonesia’s most popular landmarks. This temple built in the 9th century that consist of 9 platforms, 6 squares, and 3 circulars topped at a mid of dome. It decorated with 2672 relief panels and 504 Buddha statues. Its middle dome surrounds with 72 Buddha figures and each seated inside the hole of a stupa. This temple abundance may be due to volcanic eruption in the area and disturb for many centuries. This site again revealed in 1800 by the British. Later it restored in 1991 by UNESCO. It is now one of the incredible world heritage sites and famous tourist points.

The terracotta army is one of the unique sites of UNESCO world heritage. There are standing thousands of unique faces warriors in rows since they buried here in the 3rd century. Through estimation, we came to know that approximately 700,000 workers, engaged in the creation of this spot. This place became unfamiliar for the outer world until a peasant dug a well in 1970 and revealed this treasure.

Originally Petra is famous for its residents. It is one of the ancient and archeological sites in Southern Jorden.  Petra site surrounds by Jabal-Al-Madbah that along with mountain range. This historical capital city has roots that drove back to the early centuries around the 4th or 5th. West discovered this spot in the early 18th century and mentioned it “The Rose City” due to colorful rocks and “Curved City” for craving rocks. Its total area is 264sq km. It designated by UNESCO world heritage sites in 1985.

Easter island is a superior territory of Chile in the Southeastern Pacific Ocean. Mostly it is popular for its virtually 1000 extant monumental statues called “muai” developed by Rapa Nui People. UNESCO world heritage sites gave it to the name of Eastern Island in 1995. It is well-known as one of the incredible heritage sites that have a different range of statues that vary size from 1 meter to 20 meters and every statue carve with a unique shape to symbolize as a historian.

Samarkand is an urban civilization of south eastern Uzbekistan and one of the historic constant populated cities in Central Asia. It founded between the centuries of 7-8 B.C. Its mosque Bibi Khanym has well-known significant monuments during the 15th century and flourished as the latest mosque of the world but in the mid of the 20th century, luckily this magnificent mosque ruined but still survived.  The major part of mosque restored in the Soviet era. This incredible mosque designed in 2001 and now part of UNESCO world heritage sites.

Rohtas Fort constructed in the 16th century that positioned in the city of Jhelum, Pakistan. This fortress built in the era of Sher Shah Suri. It is one of the incredible world heritage sites. The Rohtas fort designed to restrain the local site of Ghakar tribes of the Potohar region. Interestingly, the fact is that it was never faced with any harsh storm and has survived remarkably flawlessly.