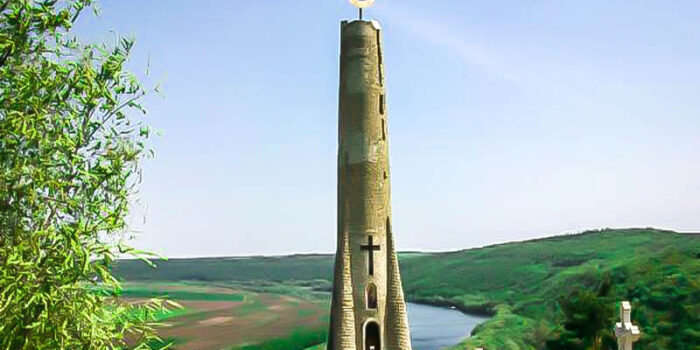 Moldova is an old-fashioned, attractive state that is famous for its beautiful places in Europe. It is respected for its traditional régime, appealing landscapes, and enchanting towns. These are the many tourist destinations that appeal the visitors from all over the world. It is no doubt a hidden gem of Europe and well-known for having alluring natural scenery, vineyards, and ancient Soviet design architecture. It is a sandwich state between Ukraine and Romania; Hence, Moldova is an ideal remote trip spot in Europe. It is because it just fascinates a small percentage of the total number of tourists in the adjoining states. This is a stimulating place for tourists who are looking for a new experience away from the norms and interested in traditional places.

It is one of the best and beautiful places in Taul village of Moldova, where you could see a woodland, a lavish park, and a manor house of Ivan Pommer. Moreover, there is a testament to Moldova’s landscape architecture at the same venue. There are around 150 trees from various collections have been planted here. It is the largest park in Moldova. Visitors like this place a lot and love to spend time here.

It has located near to the Ukraine border; the city overlooks the incredibly beautiful Dniester River. It is an ideal depiction of medieval-style architecture the Soroca fortress is one of the best Moldova beautiful places and worth exploring. This place has significant importance due to history. Moldova’s armies well defended the country from this location during wars and cordons. One thing more is the unofficial capital of Roma. If you are a history explorer or you have a desire to embark on an adventure in this quaint town. So, visit the ancient place of the Thanksgiving Candle, the Soroca Fort, and the Rudi Monastery. This town is famous for the manufacturing of grapes, wheat, and tobacco.

Orhei placed in the Bessarabia region of Moldova it is an ancient citadel which, means ‘strengthened hill.’ This town has been existing since medieval times and now serving as side attractions to visitors.

Gagauzia is one of the most beautiful places in Moldova. Most of the people residing in the three towns and twenty-seven villages are all Christians, the heritage and culture resemble Turkey.

Targu Neamt situated at the north-eastern district of the Neamt depression is a stunning small town. It has been a well-known Moldovan city since the 14th century. It is one of the most visited and beautiful places of Moldova and, it is the Neamt Fortress which, was built at the beginning of the 14th century.

Capriana monastery is a hub of the largest convent library which, was completely built in the fifteenth century. It is situated among lush green woodlands it was the house of the Moldovan bishop and one of the first Moldovan poets, Chiprian. Since it is one of the oldest monasteries of the state, it presents some great visions of the country’s culture. Alexander founded the monastery during the 15th century. This monastery is also including in the beautiful places of Moldova.

The small village Saharna, which has preserved Holy Trinity Monastery, is one you should not miss during the visit to Moldova. It is thought that Virgin Mary’s foot has imprinted in one of the rocks there and, that makes Saharna a pilgrimage for numerous Moldovans. There are twenty-two serene waterfalls that make their way fascinating after parting from the River Saharna, Gipsy Hole being the most popular. Moreover, you will see some spectacular views and a peaceful state of mind during hiking. Saharna is one of the beautiful tourist places in Moldova.

It is another monastery in Moldova and consisted of the most beautiful places in the world. It comes as a mild shock to know about the monastery was a psychiatric hospital during the Soviet Era. Manastirea Curchi constructed near the end of the nineteenth century, it comprises five churches, numerous abbeys, monk cells, and a cafeteria. After you admire the Bessarabia Architectural Style, a tranquil stroll through the orchards will add your solitude.

Comrat has placed in the Autonomous Territorial Unit of Gagauzia which, is a very beautiful town. It is the best destination to know more about the Gagauzians. The Gaugauzians are a Turkic group that comprises half of the total population of the city. Comrat is a hub of attractive sites like the National Gagauz History and Ethnographic Museum.

The Thanksgiving Candle is one of the most beautiful monuments and places in Moldova. Moreover, it built on the rocks over the Nistru River that is also, well-thought-out as a very special work of art for another reason. This monument has devoted to all the demolished cultural monuments of Moldova. And, it tributes to the anonymous heroes who helped and preserved the culture of Moldova. It has almost 29,5 meters high chapel in the shape of a candle, located in Soroca, on a peak of the Nistru river bank. For reaching here, you must have to climb 600 steps that begin at the Nistru River. You get many scenic and memorable views. The trip of Moldova’s tour will in-complete if you will miss visiting this national monument.