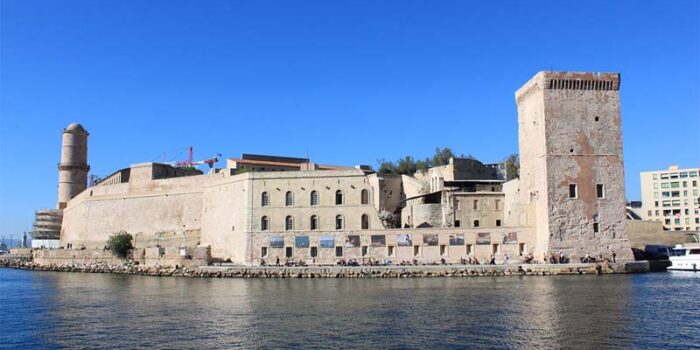 One of the most magnificent estates of crusader countries were there impressive castles that stretched by Latin monarchs in regions. Crusader castles are among the globe is the most dramatic places on earth. Here we can explore the top 10 crusader castles in the world.

During the 12th and 13th centuries, the Krak Des Chevaliers was an extraordinary type of crusader castle and headquarters of the popular Knights hospitaller. It located in Syria and one of the most beautiful crusader castles in the world. The hospitallers again built this castle in 1140 and completed in 1170, when an earthquake destroyed it. It performed as the center of administration and military base. In the 13th century, it became a concentric castle. In this period its external wall was created that gave it an astonishing look. This castle stood at 650 meters high. Sultan Baibar in 1271 captured it after a siege lasting 36 days. After, building this castle it withstands up to 5 years.

The palace of Rhodes is also famous as “CASTELLO”. It is a type of a medieval castle in the city Rhodes. In Greece, it counts in one of the few examples of Gothic architecture and crusader castles. This palace built in the late 7th century as a citadel of Byzantine. After it captured by the Knights Hospitallers. They change the castle into the center of administration and Grand Master’s Palace in 1309. In the 14th century, they made many modifications to the palace. The 1481 earthquake came and damage the palace but it repaired soon after it. Now this crusader castle works as the museum mostly from the early period of Christians up to Ottoman conquest.

ACRE is a historical city of Israel which also known as “Akko“. It has been continuously occupant since 3010 B.C. it was built that time this city had one of the main ports of Israel. This crusader castle built in the center of the city to ensure the main supplies from Europe. The castle has an impressive architecture not because of its huge size but due to its excellence preservation since it rediscovered. Now it is using in the grand Acre festivals it will always stay a place of importance in the history of Israel.

KERAK is a huge crusader castle in Jordon. It is one of the beautiful crusader castles in the world. Its construction started in 1140 under the supervision of the king of Jerusalem. In colloquially it referred to as the Kerak of the desert. It was an impressing castle in the 12th century. Now it is a center of attraction for tourists and contains the corridors and chamber within the fortification. The castle is located in the city walls of Karak. This area has great strategic importance because it is above sea level almost 900feet.

In 1402, Bodrum Castle built by the Knights Hospitallers to get protection from the Seljuk Turks invaders. It constructed according to the time’s high standard in the southwest of Turkey and beautiful crusader castles of the world. It completed in the late 15th century just because of taking over by the Islamic Ottoman Empire. Then its chapel was changed into mosque and minarets were added here. Thus, this castle persisted up to 400 years under the Islamic empire.

Belvoir Castle is home to the Dukes of Rutland. Many dukes are buried in the land of the monument. A castle is a confidential place but still, it is open for visitors. It positioned in north East Leicestershire, England. Its owner was David Manners, 11th Duke of Rutland. It counts in beautiful crusader castles in the world.

The Salah-ed-Din’s castle is one of the preserved and beautiful crusader castles in Syria. It is a fascinating example of the Crusader period’s fortifications. This place has been using for many centuries to build forts. Firstly it occupied by Phoenicians and after that Alexander the Great. It initially built the Byzantines and became a Crusader stronghold on it until in 1188 Salah-ed-din captured it.

Arsuf is also one of the beautiful crusader castles in the world. It is popular for the Crusader castle of Israel that was one of the hubs of Knights Hospitaller. In 1101and 1191 the crusader captured this town and Lionheart overpowered the Saladin in the battle of Arsuf. In 1265, the Mamluk Sultan Baibars detained the castle after a forty days siege. His military ruined the town and captured this place. Now visitors can see the remaining parts of crusader fortress here.

A beautiful historical citadel in Jordan is Shobak. This Crusader ruins the dates back to the early 12th century. It originally built by Baldwin I of Jerusalem and it was placed next to key operating ways and it is designed to control this key strategic location. Saladin’s armed forces put down to the castle for several months before the fortification eventually destroyed in 1189. Today the castle remains in the shape of ruins but there are still many visitors come to explore it. The major outer walls still stand beside the internal chambers, doorways, and entrance for visitors.

Fort Saint-Jean was one beautiful crusader castles in the world. It built by King Louis XIV in Marseille in the seventeenth century. Its construction work started in the 1660s to protect Marseille from an external attack. In actuality, the intention of building Fort Saint-Jean was to restrain a rebellion by the general public in opposition to royal rule.