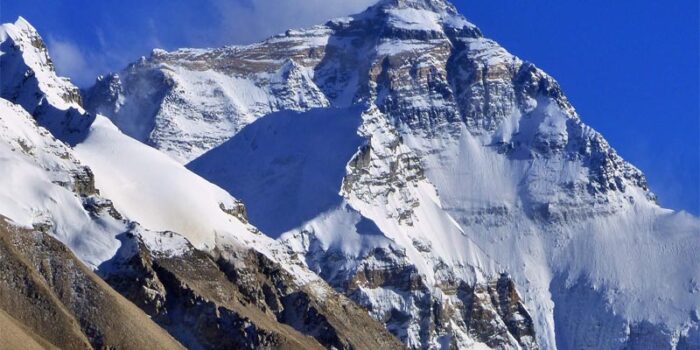 Mount Everest’s height is continuously changing and it is one of the 10 amazing facts about Mount Everest. It is part of the Himalayan range. Its measured height is 8844.43 meters and 29,016 feet above sea level. This mountain is still rising about 40cm or 6 inches in every century.

About its height, various surveys have been carried out in different years.

Due to the highest mountain, it is always wrapped with snow, ice, and clouds. It is also one of the 10 amazing facts about Mount Everest that its condition remains constant. It always faces harshness of climate individuals who want to ascend this peek they must wear goggles because of snow blindness. They should also wear warm clothes to keep them safe from the harsh climate. The maximum temperature was recorded at -20°c. or -4° F.

It is the 7th amazing fact about Mount Everest is that if you are a mountain tracker and planning to climb Mount Everest you should know the cost of its climbing, which is almost 30,000USD. Probably you will require this money for guidelines for transportation, training, and professional equipment.

It is also one of the 10 amazing facts about Mount Everest is that every climber requires approximately 70 days (10 weeks) to climb it. First of all, a climber should have enough time. Secondly, he should get some training between the base camps again and again. Finally, if the weather is suitable for him then he can go for climbing.

It is also one of 10 amazing facts about Mount Everest is that here is also a “death zone”. At sea levels, human bodies can do work best because here our bodies get proper oxygen. But when we go to high altitude our bodies cannot do work properly because our lungs and brain do not get enough oxygen at the height of 8000 meters. The human body’s oxygen is limited and its cells are starting to die so it is very difficult for the climbers to survive in the highest altitude. Climbers and scientists called this place a death zone.

We cannot say with surety that how many dead bodies are there in Mount Everest. But it is evaluated that about 300 people have died in this death zone because of multiple reasons like shortness of breath, cold weather, fall from peak, and some health issues. If climbers die on the peak of Everest so, it is very difficult and costly to put down their dead bodies. It is also one of the 10 facts of Mount Everest. So sometimes it remains there. But now with the passage of time the death rate is reducing.

Traffic jam is also an amazing fact of Mount Everest. Hence, we have seen or heard traffic on roads but no one can think about a mountain’s traffic jams. Gradually with the passage of time, the numbers of climbers are increasing day by day. This is the main cause of traffic jams on Mount Everest. The massive traffic on the peak of the death zone is also the main reason for the death rate.

1. MOUNT EVEREST IS TECHNICALLY NOT THE HIGHEST PEAK:

Can you believe that if I tell you that it is not the highest peak? There is also another mountain that is higher than Mount Everest. Maybe you will not believe this truth because; it is well-known all over the world. On the other hand, if we will measure the length of mount Everest from its base of Summit. Then, we will come to know that Mauna Kea on the island of Hawaii is technically higher than it. Mount Everest stands 29,035 feet high above sea level but, Mauna Kea is about 13,796 feet high above sea level and it is extended about 19700 feet below to the Pacific Ocean. So it is not technically High Mountain like Mauna Kea. It is also one of the 10 amazing facts.