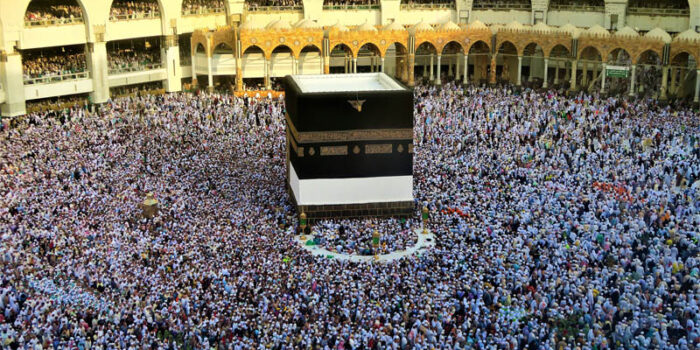 Conventionally spirituality refers to the religious process of mankind. Spiritual sites have significance in almost all religions equally. The world has abandoned by spiritual places that related to several religions. Here we shall discuss the 10 most spiritual places in the world.

Borobudur situates on the island of Java in Indonesia. It is the biggest Buddhist spiritual testimonial on the earth. The style of construction is like the illustration of the universe and consists of 10 levels. According to Buddha people, each stage provides a diverse level of inner self’s journey. So, its believers can’t keep away from this spiritual magnificence. It ranks in spiritual places in all over the world.

Angkor Wat is an ancient and architectural site of the world. Since it constructed of the Khymer Empire in 802-1431 A.D. It is one of the world’s preserve sites in the world. Angkor watt is the largest spiritual complex that covering almost 400 km of area. According to Cambodians the central tower which stands towards the skies is indicating the center of the world and call as “Meru”. UNESCO has taken a number of initiatives to preserve and maintain this site as the spiritual and symbolic places.

The Dead Sea is a salt lake instead of the sea that joins the border by Jordon to Israel. Its surface is 430.5 meters. It is completely packed with salt and valuable minerals. Fantastically it has healing properties that assist life. People come from all over the world for cure and relief. But plants and animals cannot flourish here because of too much salt. As you can guess by the name Dead sea. Its name, mentioned in the bible called “Salt Sea” or “Sea of the Arabah”. There are many stories that have linked by it in the bible that’s why it acknowledges as the spiritual places.

Kailash’s prestige is not just because of a high mountain having length 6638 meters in the Kailash range. It is more than a mountain, a Mandela, the naval of the universe, and a pyramid of strength. It considers as sacred for billions of people related to different religions like Buddhists, Bons, Jains, and as well as Hindus. Every year thousands of people come here for pilgrimage. The pilgrims bent and kneel, prostrates, make marks with fingers, prays and crawls forward through hand and knees. It is famous for its believers that mount Kailas lead to heaven.

In Srilanka there is a mountain having 2243 meters height is generally called Adam’s peak. Here is a sacred footprint lies almost 1.8 meters. Different religious believers have faith in it. It considers that Adam’s left his footprint when he was exiled from paradise. According to Buddhists who call this mountain Sri Pada. They have faith that Buddha left his footprint when he departed from the world and ascended to heaven. So, it counts spiritual places all over the earth.

It has diversity in names regarding different religions. Like according to Jews it is well known as “Wailing wall” but Muslims call it “Buraq wall”. It is in the old city of Jerusalem. It made with ancient limestone and a part of a temple mount which is the holiest and spiritual place for Israeli people. The length of the western wall is 488m and 19m high. Because of their sacred temple, there is a restricted entry for other people but Jews have permission to pray here with its foundation stone. According to the Muslim faith, this is a place where our Prophet (PBUH) tied his horse Buraq and started their journey to heaven. So it is one of the spiritual places for Jews and Muslims.

Mount Sinai also acknowledge as Jabal Musa. Its total length is about 2,285-metre near the city of Saint Catherine and it encircles with high mountain ranges. It considers the sacred site by the religion of Abraham. In many sacred books, like Quran, Bible and Exodus book has mentioned its prestige. According to different religions and also Islam, it is a place where Hazrat Moosa received the Ten Commandments. It considers one of the 10 spiritual places in the world.

Kyoto is the capital city of Japan that established in the Kansai region. It is well known as the Capital of peace and calm. This city is abundant with spiritual places, almost 1660 Buddhist temples, 400 Shinto shrines, and 90 Christian churches are over here. No doubt it is a good place to achieve an overview of the spiritual city.

Machu Picchu placed in Southern Peru having a 2430 m mountain edge. It is one of the spiritual places in the world because it unties and resonates with all of the chakras. “Chakra” word comes from the Sanskrit language which means vortex or circle. Chakras are the main cores of spiritual power in the human body and are circles of energy balance and store with it. It stimulates the immune system of the body.

Mecca is a center of the Islamic world and also the birthplace of the Holy prophet. In this place, the Holy Prophet received the message from Allah and declared his purpose in front of the world. From all over the world Muslims come here to offer “Hajj” that held’s in every 12th lunar month of Dhul-Hajj. It acknowledges Islam’s sacred place and direction of prayers. It counts in one of the spiritual places in the world.