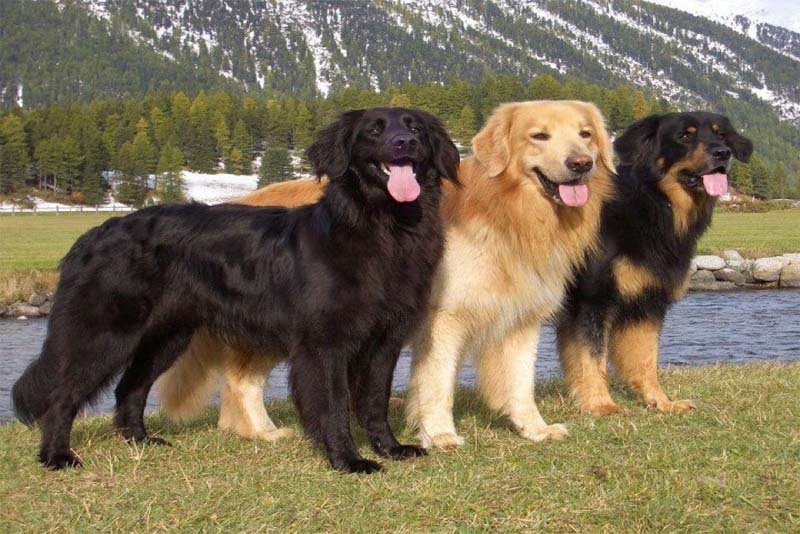 When we talk about the qualities of dutifulness, activeness, faithfulness, and smartness. Especially, the creature that first comes in our mind is dog’ breeds. Germany is constantly famous in the dog breed list. Indeed, Their popularity is surprisingly growing high day by day. Now, it has become the biggest export market of German dog breeds.

Affenpinscher is one of the 10 most famous German dog breeds in the World. In the seventeenth century, its name obtained from “Affe” means monkey. The full meaning of this German dog is “Monkey like a terrier”. This name has given to it because of his monkey-like expressions. It is not only a confident, humorous and small bold dog but also, stubborn and curious. Affenpinscher has 6-12 pounds of weight. This breed has soft and fluffy fur. It found in silver grey, red, black and brown color. It lives up to 12-15 years and mostly spends life in apartments.

When we talk about famous German dog breeds the first thing that comes in our mind is the German shepherd. In the USA, it is the second most famous dogs. This breed called Alsatian wolf dog because of his indistinguishable resemblance to the wolf. This dog has a medium-sized body with 59.4 – 94.6 lbs weight. It has a long neck in excitement and become lowered in the walking position. It has a curved forehead, strong jaws, brown medium eyes, and a black nose. This breed has rough, long hair and bulky undercoat.

German shepherds are energetic, lively and very vigilant. That’s why they used by military, police, rescue, and performers because of his responsible nature. It has a very good judgment of smell. Hence, It is famous in one of the ideal guard dogs for security.

Dachshund is one of the 10 most famous German Dog Breeds. It originated in the 19th century and known as “Sausage dog”. It has short legs, long body, double-layered fur head, and a small beard. Mostly finds in red and brown color and rarely found in black color. This breed is very intelligent, brave and obedient and ranked in hound type dogs. Because of their short legs don’t think they are not fast even though they are unexpectedly skilled hunters. It lives up to 12-16 years.

Boxer is one of the 10 famous German dog breeds in the world. Its sizes are varied medium to large. It has a big head with short hair and strong jaws. According to his name “Boxer”, it can stand in its hind legs and boxing with front paws. It has a bright color with a glossy coat. This breed finds in white, fawn and brindled. They are known for working groups as they are energetic, strong, well-trained, friendly and frivolous. Normally by nature, they are not aggressive and like kids’ companies. An interesting fact is that boxer was the foremost dog trained by the German police force. This breed lives up to 9-15 years.

Poodle dog has three varieties Standard, Miniature and toy size. It consists of the second most intelligent breeds. It is famous for a national breed of France but some called it was invented in Germany but anyhow this matter is still disputed. The poodle is highly skilled and obedient to its landlord. It is a full package dog because it has all the qualities that possess any dog. It has been using in the military since the 17th century because of his activeness, intelligence, and obedient nature. His coat is like a fur that helps him to cover his vital organs and provide warmness. It finds in multiple astonishing colors.

Leonberger this name taken from “Leonberg” the city of Germany. This breed calls by multiple nicknames like Leo, Gentle Lion and Gentle Giant. Because of his physique, it looks like a Lion. It has a large size with graceful movements. Leo finds in a golden and reddish-brown color. It is a lively, intelligent and flexible creature. This German Dog Breeds is friendly towards the family and easily trained by the owner. Many famous personalities have this breed like Prince of Wales, King of Italy and Czar of Russia, etc.

Weimaraner was named after the Weimer Republic, a German state. It is a large, vigorous and strong dog that used for hunting large games. It called as the Grey ghost. Its short silky hair and by appearance it looks like an athlete. Its coat’s fur is thin in silver grey or blue-grey color. Amazingly this breed has great stamina and patience that makes it best for hunting. The life span of Weimaraner is 10-14 years.

Great Dane is one of the 10 famous German dog breeds. In 1876, Great Dane was announced Germany’s national breed. It is a huge size dog with a strong muscular creature. Its length can be 40 inches weight of 200 pounds. Dane recorded its name in Guinness World Record as the tallest dog having 44 inches. In 1941, due to intelligence, Dane got two Blue Cross Medals because it diffused a bomb bypassing urine on it.

Pomeranian often calls “Pom”. It is a small breed dog that looks like a fox. Pom uses in homes as toy dogs. It became popular in England in the 18th century when Queen Victoria owned it. Its length is 8-14 inches high. It is not only a clever, noisy and bold dog but also sometimes wild. Poms’ most common colors are cream-white, orange and black. In 1912 only three dogs survived in Titanic. Two of them were Pomeranian.

Hovawart comes in two sizes medium and large. According to its name, it seems guardian of the household. It is a very intelligent, vigilant and brave dog so it difficult to train it. But anyhow, it is very obedient to his master and does not easily become friends with strangers. It has multiple colors like golden brown, black, blond and brown. It weighs up to 30-50 kg.